Treasury released its new numbers for the Home Affordable Modification Program (HAMP) Wednesday, just hours before a House subcommittee convened a hearing to terminate the government's flagship foreclosure prevention program and three other federal housing programs. As of the end of January, active permanent HAMP mods totaled 539,493, but critics say the numbers aren't high enough and the House subcommittee's looming ""kill-bill"" hearing was a sensitive subject for officials.

END_OF_DOCUMENT_TOKEN_TO_BE_REPLACED 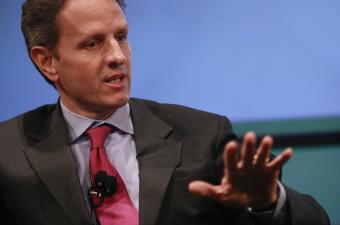 Treasury Secretary Timothy Geithner told lawmakers Tuesday that the government played a role in bringing down the housing market. He also blamed the government for creating moral hazard and leaving taxpayers responsible for cleaning up the mess, and said the government made mistakes that were avoidable. As part of his pitch to lawmakers for housing finance reform, Geithner stressed that fundamental change is needed -- change that is based on a shift of what many believe is the ""American Dream.""

END_OF_DOCUMENT_TOKEN_TO_BE_REPLACED

Future of GSEs Uncertain, Many Lobbying for Their End

For decades the GSEs have made it possible for many people to achieve their homeownership goals by reducing the cost of credit and making it more readily available. But in light of the recent financial meltdown, banks and other corporations are calling for reform that they say the Dodd-Frank Act didn't cover. The government is set to release a report on the future of Fannie and Freddie in the coming weeks, but market participants have low expectations for a definitive solution in the report.

END_OF_DOCUMENT_TOKEN_TO_BE_REPLACED

On Wednesday the House Republican Conference elected Rep. Spencer Bachus, (R- Alabama), to serve as chairman of the House Financial Services Committee for the 112th Congress. Bachus will replace Rep. Barney Frank (D-Massachusetts) as chairman when Congress convenes in January.

END_OF_DOCUMENT_TOKEN_TO_BE_REPLACED

Federal banking regulators are in the process of conducting an in-depth review of foreclosure practices at the nation's largest mortgage servicers, which includes on-site evaluations and examinations of loan files. Officials say in cases where problems are found, regulators will require lenders and servicers to correct not only the faulty documents but the faulty systems that allowed them to occur. One Federal Reserve governor says institutions with ""widespread problems"" could also be subject to fees and penalties.

END_OF_DOCUMENT_TOKEN_TO_BE_REPLACED

Legislation to stabilize the foreclosure crisis through the federal government's conservatorship of Fannie Mae and Freddie Mac was introduced in the U.S. House of Representatives Tuesday. The Housing Opportunity and Mortgage Equity (HOME) Act would require Fannie and Freddie to allow borrowers to refinance their mortgages by locking in today's record-low interest rates for longer fixed-term loans. The legislation would affect up to 30 million mortgages held or backed by the two GSEs.

END_OF_DOCUMENT_TOKEN_TO_BE_REPLACED

Lawmakers Continue to Push for Eradication of GSEs

The debate over what's next for the government-backed mortgage giants Fannie Mae and Freddie Mac has begun. Last month, the Treasury invited a wide range of industry stakeholders to a summit in Washington to provide some guidance on the administration's proposal for GSE reform. The general consensus there was that the GSEs play too big a role in the housing market to make an abrupt exodus. A large group of House Republicans, though, don't share that view.

END_OF_DOCUMENT_TOKEN_TO_BE_REPLACED

Lawmakers to Explore Ways to Recoup Money from GSEs

Leaders of the House Financial Services Committee say they are looking for ways to recoup the billions of dollars the federal government has sunk into the GSEs over the past two years. Taxpayer support to shore up Fannie Mae and Freddie Mac stands at $145 billion so far, and the tab keeps rising. Rep. Paul Kanjorski says, ""Twenty years ago, we found a way for industry to pay back the sizable U.S. Treasury payments for resolving the savings-and-loan crisis. We can do it again.""