The Most Prosperous City in America Is … 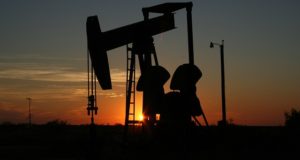 Picking the most prosperous city in America is a weighty task. What factors should be considered, and how should each be weighted against the others? However you arrange the calculations, there’s a good chance you wouldn’t have settled on Odessa, ...

END_OF_DOCUMENT_TOKEN_TO_BE_REPLACED

The March employment summary released last week by the Bureau of Labor Statistics (BLS) showed only 126,000 jobs added for the month, which was less than half of the monthly average (266,000) for the 12 previous months, may have played a role in the lack of growth in consumer optimism. That same BLS March employment summary reported an average wage gain of just 2.1 percent year-over-year up to $24.86 per hour.