Foreclosure Rates: Back to the Future 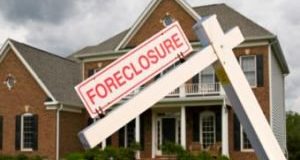 A new report revealed that foreclosure rates are down to pre-crisis levels for the first time since the recession. Here is a look at other major performance metrics and their impact on the housing market.

END_OF_DOCUMENT_TOKEN_TO_BE_REPLACED

The OCC Mortgage Metrics Report, Third Quarter 2014, released Friday by the Office of the Comptroller of the Currency (OCC), showed improvement in the performance of first-lien mortgages serviced by seven national banks and one federal savings association. The report found that out of a portfolio totaling 23.6 million loans with a combined unpaid principal balance of about $4.0 billion (about 46 percent of residential mortgages in the U.S.), the percentage of current and performing mortgages increased both quarter-over-quarter (from 92.9 percent to 93.0 percent) and year-over-year (from 91.4 percent to 93.0 percent) in Q3.