Secure Settlements Inc. formed an advisory board consisting of 15 industry leaders. The firm formed the advisory board to become better equipped in the changing mortgage lending landscape. Through the advisory board, the firm will be able to seek the expertise of the board in areas of mortgage finance, risk management, law, and real estate.

END_OF_DOCUMENT_TOKEN_TO_BE_REPLACED

Federal officials jointly announced Tuesday the results of the Distressed Homeowner Initiative, which is the first nationwide effort focusing on fraud schemes that target struggling homeowners. Led by members of the Mortgage Fraud Working Group of the Financial Fraud Enforcement Task Force, the initiative spanned from October 1, 2011, to September 30, 2012. Federal officials revealed the efforts have led to 530 criminal defendants charged in 285 federal criminal indictments or informations filed throughout the U.S.

END_OF_DOCUMENT_TOKEN_TO_BE_REPLACED

Ocwen made some waves when it announced an agreement to acquire Homeward Residential Holdings in a nearly $750 million deal, but Fitch Ratings is doubtful about the move. The ratings agency announced it has placed Ocwen's ""B"" long-term Issuer Default Rating (IDR) on Rating Watch Negative following the servicer's announcement. Fitch cited in its decision the risks of various difficulties involved in the integration of Homeward Residential, as well as the current regulatory environment in the mortgage sector.

END_OF_DOCUMENT_TOKEN_TO_BE_REPLACED 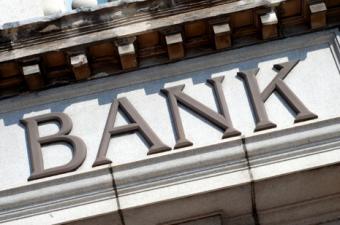 In a written speech addressing Minority Depository Institutions, Thomas J. Curry, Comptroller of the Currency, spoke on the important role of minority-owned banks while addressing concerns regarding new laws and regulations. Curry discussed the new Basel capital requirements, which are expected to pose challenges for community banks due to the higher capital requirements.

END_OF_DOCUMENT_TOKEN_TO_BE_REPLACED

New York attorney general and co-chair of RMBS Working Group Eric T. Schneiderman announced a lawsuit against JPMorgan Chase Bank, JPMorgan Securities, LLC (formerly known as Bear Stearns & Co.), and EMC Mortgage LLC (formerly EMC Mortgage Corporation). Schneiderman's complaint alleges that Bear Stearns led investors to believe that the quality of loans in its mortgage-backed securities had been carefully evaluated and would be monitored. The complaint further alleges that as a result of Bear Stearns' and the other defendants' negligence, investors suffered cumulative losses of approximately $22.5 billion.

END_OF_DOCUMENT_TOKEN_TO_BE_REPLACED

Safeguard Properties announced Monday that as of the start of October, its Compliance Connections division has processed more than 10,000 code violations for the 2012 calendar year and has grown its roster of participating municipalities to 600. Both milestones represent an annual growth rate of over 300 percent.

END_OF_DOCUMENT_TOKEN_TO_BE_REPLACED

Housing Can’t Save the Economy

Both existing and new home sales are on the rise, but no amount of improvement in the housing sector will bring relief to the overall economy, which continues to struggle, according to Capital Economics. Economists at Capital Economics suggest the Fed's launch of QE3 may bring the 30-year fixed rate mortgage rate even lower. While this may entice more home buyers, ""the bottom line is that housing is unlikely to become a significant driver of GDP growth,"" Capital Economics states.

END_OF_DOCUMENT_TOKEN_TO_BE_REPLACED

Mortgage lenders who survived the residential mortgage meltdown must now brace for repurchase demands from their third-party investors Ã¢â‚¬â€ and for the refusal of their liability insurers to defend and indemnify them against these demands. Mortgage lenders should be prepared to protect themselves against such denials of coverage.

END_OF_DOCUMENT_TOKEN_TO_BE_REPLACED

If Realtors have anything to say about tight lending standards, the observation would be such standards are preventing more home sales and holding back job creation. The Washington, D.C.-based National Association of Realtors recently reached their conclusions in a survey conducted with real estate agents. The findings? Lenders take too long with approving applications, requiring excessive information and preferring only interested homebuyers with high credit scores.