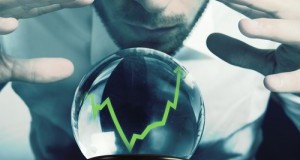 Three special servicers released their fourth quarter and year-end numbers, noting increases in revenue and increasingly active originations sectors. However, analysts remain concerned that the increased revenue, largely derived from government programs such as HARP, will stall as refinances slow down.

END_OF_DOCUMENT_TOKEN_TO_BE_REPLACED

The veterans of this business can remember when REOs ran in the neighborhood of 150,000 a year, delinquency rates were just around 4 percent, and you only needed a credit score of 620 to qualify for a prime mortgage loan. But the housing finance industry, and default servicing especially, has changed. In the cover story of it's September issue, DS News looks at the many factors--from a slew of new regulatory mandates to an altered public perception of debt obligations--that have altered the business into something far from customary.

END_OF_DOCUMENT_TOKEN_TO_BE_REPLACED

The fizzle of 2012's refinance boom and the publishing of new regulatory guidelines took their toll on origination numbers, but it was a decidedly different story for mortgage servicing rights (MSR) deals. DSNews.com takes a look back at some of the biggest wheelers and dealers in the MSR world over the past year, including Nationstar, Ocwen, Walter Investment Management Corp., and Two Harbors, among others.

END_OF_DOCUMENT_TOKEN_TO_BE_REPLACED

Mortgage originators and servicing companies are facing the reality of decreasing new loan volumes and the entrance of new players to the industry, forcing them to reassess where the best sources of revenue can be found. Following an abrupt drop in its stock price, Nationstar recently announced the sale of its wholesale channel, indicating a shift toward its servicing business, and others appear to be following suit.

END_OF_DOCUMENT_TOKEN_TO_BE_REPLACED

FBR Capital Markets on Wednesday raised its projection for new mortgage volume in the third quarter to $400-$420 billion, largely due to more activity from special servicers as larger banks relinquish market share. FBR anticipates strong performance from these specialty servicers, partly because of their ability to effectually mine acquired portfolios for refinancing opportunities.

END_OF_DOCUMENT_TOKEN_TO_BE_REPLACED

Investment bank FBR Capital Markets released its preview of third-quarter earnings for major U.S. banks Monday, with a cloudy outlook for mortgage banking. In general, bank stocks have underperformed the broader market by about 2 percent over the third quarter; and zeroing in on the mortgage market, FBR is not optimistic about Q3 results.

END_OF_DOCUMENT_TOKEN_TO_BE_REPLACED 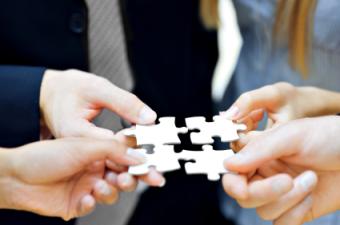 Nationstar Mortgage revealed an agreement to acquire Greenlight Financial Services for up to $75 million in cash. The Lewisville-Texas based servicer made the announcement in its first quarter earnings report Tuesday.

END_OF_DOCUMENT_TOKEN_TO_BE_REPLACED

Foreclosure timelines are getting longer, according to recent reports from Moody's Investors Service and RealtyTrac. In addition to this trend, Moody's highlighted the importance of net present value (NPV) models in the loss mitigation process for residential mortgage-backed securities. Foreclosure timelines increased for all servicers in the fourth quarter, Moody's reported. RealtyTrac also found the average time to foreclose went up in 39 states in the first quarter of this year compared to the previous quarter.

END_OF_DOCUMENT_TOKEN_TO_BE_REPLACED

Since the housing crisis, many large banks have sold off servicing portfolios to smaller, emerging companies. According to a recent study, these portfolios often begin to perform better after the transfers. Opera Solutions found faster liquidations and better long-term performance for modified loans after portfolios were sold. According to the study, two servicers stand out for acquiring the ""lion's share"" of servicing rights--Ocwen and Nationstar. At Ocwen, which acquired the most loans, the study detected higher levels of foreclosures and REO rates immediately following acquisitions. However, after a period of months, Ocwen's portfolios stabilized and improved.