Despite improvements in home values, Radar Logic continues to contend the factors underpinning the recovery will not lead to sustainable price gains. In March, Radar Logic's home price index, which tracks 25 metro areas, showed a 13.1 percent year-over-year gain. Even with the double-digit gain, the data and analytics firm touched on several points to explain why the trend won't last, with the main one being the temporary issue of limited supply. Demand is also not expected to last since it is driven by low mortgage rates and institutional investors.

END_OF_DOCUMENT_TOKEN_TO_BE_REPLACED

Institutional Investor Trends in Atlanta and Their Impact on Housing 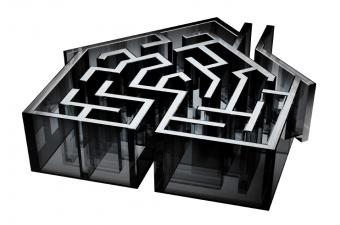 In a recent report, Radar Logic closely examined purchase trends and patterns from institutional investors in the Atlanta area. Among its findings, the research firm found investors have been targeting a different cross-section of homes compared to traditional buyers. According to the report, institutional investors are more likely to purchase homes that are cheaper, smaller, and located in lower-income areas compared to homes bought by non-investor buyers.

END_OF_DOCUMENT_TOKEN_TO_BE_REPLACED

As the rise in single-family rents slows and operating costs increase, Radar Logic stressed the need for institutional investors to focus on properties sold at steep discounts in order to yield a profit from rentals. While institutional investors tend to pay less for single-family homes compared to individual homebuyers since they buy in bulk, the discounts offered for properties vary widely, depending on the market, Radar Logic explained. In order to pinpoint markets where investors are finding the biggest discounts, Radar Logic tracked prices paid by large-scale investors in some 300 metro areas.

END_OF_DOCUMENT_TOKEN_TO_BE_REPLACED

Institutional Investors Migrate in Second Half of 2012

Radar Logic reports a seasonal price dip in January but a 12.7 percent increase year-over-year. The firm continues to find heavy investor influence in many markets, though investor activity may be shifting somewhat into new markets. Radar Logic's RPX Composite Index, which measures prices in 25 metros, posted a 2 percent decline in January. Prices remain 31 percent below their June 2007 peak. Institutional investors are playing an active role in many markets but appear to be shifting out of some markets where they previously played a major role and into some smaller markets previously largely ignored by the group.

END_OF_DOCUMENT_TOKEN_TO_BE_REPLACED

While some read recent home price gains as a sign of an improving market, Radar Logic warns the recent gains are ""unsustainable"" and may actually be dampening market recovery. Radar Logic attributes recent house price gains to anomalous factors it considers temporary, including low interest rates and elevated investor demand. ""None of these drivers are likely to last, particularly as housing prices increase,"" RadarLogic stated in its December RPX Monthly Housing Market Report.

END_OF_DOCUMENT_TOKEN_TO_BE_REPLACED

As home prices continue to increase, spectators and analysts have concluded the housing market is now in recovery mode. But, one analytics firm has remained unconvinced and expects to see a trend where prices rise and fall periodically as investor demand waxes and wanes. ""Some commentators suggest that investor-driven home price appreciation could spur demand among housing consumers, which will in turn bring about a broad-based and sustainable recovery in the nation's housing markets,"" wrote Quinn W. Eddins, director of research at Radar Logic. ""Maybe, but we are skeptical of this theory.""

END_OF_DOCUMENT_TOKEN_TO_BE_REPLACED

After tracking home price trends in 25 metropolitan statistical areas (MSAs), Radar Logic found prices in October are now 6.9 percent higher than a year ago, according to the company's RPX Composite price. ""However, this increase was driven by a change in the composition of sales rather than price appreciation,"" Radar Logic stated in a recent report. Upon closer scrutiny, the analytics company explained the price increase is mainly the result of a decrease in distressed sales, or ""motivated sales,"" and the actual price increase for ""non-motivated sales"" is much smaller than the overall yearly gain.

END_OF_DOCUMENT_TOKEN_TO_BE_REPLACED

Despite reports of improvements in home prices and sales, Radar Logic argued that upon closer examination, the housing market is not doing as well as assumed. As of September 25, 2012, Radar Logic's RPX composite price increased 5.2 percent year-over-year across 25 metro areas, according to the company's monthly housing report. However, the increase in prices tracked by Radar Logic is not a result of ""significant appreciation in household-owned homes,"" the report stated. Instead, it is due to a decline in ""motivated sales,"" or sales of foreclosed homes and REOs.

END_OF_DOCUMENT_TOKEN_TO_BE_REPLACED

Summer's end may have led to the close of a strong home-buying season, but a decrease in distressed sales is helping prices maintain their yearly gain and some regions are still experiencing monthly price increases. As of August 23, 2012, prices fell 0.4 percent in 25 major U.S. metropolitan areas from July 23, 2012, according to Radar Logic. Year-over-year, prices were still up 4.5 percent, coinciding with a significant decrease in REO and foreclosure auction sales.

END_OF_DOCUMENT_TOKEN_TO_BE_REPLACED

According to Radar Logic's RPX Monthly Housing Market Report for June, sales of homes at foreclosure auctions and REO sales by financial institutions fell to their lowest share of sales since 2008. The fall in distressed sales led to an overall year-over-year gain in the RPX Composite price, which measures statistics in 25 metropolitan areas. However, Radar Logic warned that price gains made in the first half of the year may not last.