Judge Richard Seeborg, in the U.S. District Court of Northern California, ruled that Wells Fargo had breached the terms of the settlement by using "evolving and perhaps ill-defined standards" when determining borrowers' eligibility for a loan modification, according to one report. At the same time, however, Seeborg told both sides they had had "almost no idea" what they agreed to in the settlement.

END_OF_DOCUMENT_TOKEN_TO_BE_REPLACED

Also under the terms of the settlement, there was no disgorgement, civil penalty, or admission of wrongdoing on the part of any of the parties, according to a press release from Zuckerman Spaeder, the firm that represented defendant Patricia Cook.

END_OF_DOCUMENT_TOKEN_TO_BE_REPLACED

Monitor Continues to Investigate Ocwen Over Compliance With Settlement Terms 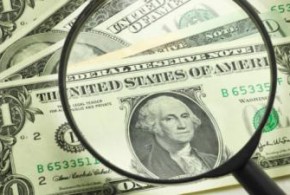 In what was Ocwen's second report on consumer relief under the NMS, the Atlanta-based servicer reported that through the end of the fourth quarter in 2014, 21,257 borrowers had completed first-lien modifications and benefited from $1.9 billion in consumer relief.

END_OF_DOCUMENT_TOKEN_TO_BE_REPLACED

An independent monitor verified in his fourth report on JPMorgan Chase's progress under its November 2013 settlement with the government over the packaging and selling of faulty residential mortgage-backed securities that the bank has paid more than half of the $4 billion amount it agreed to pay toward consumer relief, according to an announcement from independent monitor Joseph A. Smith, Jr. on Thursday.

END_OF_DOCUMENT_TOKEN_TO_BE_REPLACED 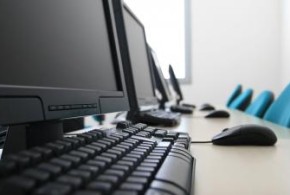 The settlement was reached between four banks (Bank of America, JPMorgan Chase, Citi, and Wells Fargo) and the AG in January 2015 in Suffolk Superior Court to resolve claims that the banks lacked legal authority to foreclosure on homes when they did not own the mortgages on those homes.

END_OF_DOCUMENT_TOKEN_TO_BE_REPLACED

Better Markets, a non-profit Wall Street reforms advocate based in Washington, D.C., filed a suit against the DOJ in February 2014 alleging that the settlement Chase agreed to with the DOJ in November 2013 to settle claims that Chase sold toxic mortgage-backed securities in the run-up to the financial crisis, was "unlawful" and that the settlement had granted the megabank immunity without sufficient judicial review.

END_OF_DOCUMENT_TOKEN_TO_BE_REPLACED

Lawmaker Calls for Further Examination of Servicers in 2013 Foreclosure Settlement

The letter was prompted by news reports that surfaced earlier this month stating that Citigroup, one of the servicers named in the settlement, had missed paying some 24,000 borrowers who were owed money from the settlement. Waters sent her letter on Friday to Fed Inspector General Mark Bialek and Treasury Inspector General Eric Thorson asking them to perform further examinations to see if other borrowers were missed.

END_OF_DOCUMENT_TOKEN_TO_BE_REPLACED

The institutional investors, including affiliates of investment manager BlackRock Inc. and Pacific Investment Management Company LLC, had objected to the settlement, saying it excludes them from the class, while simultaneously releasing their claims against U.S. Bank in a derivative action. The judge said the terms of the agreement didn’t bar those investors' claims.

END_OF_DOCUMENT_TOKEN_TO_BE_REPLACED

Thursday's ruling by the appeals court reversed a decision made by a New York State Supreme Court judge in January 2014 that Bank of America did not have to repurchase the faulty loans because the trustee, Bank of New York-Mellon, did not evaluate them properly.

END_OF_DOCUMENT_TOKEN_TO_BE_REPLACED

Citigroup is preparing to pay approximately $20 million to thousands of homeowners who were eligible to receive compensation as part of the Independent Foreclosure Settlement reached between the government and 10 mortgage servicers two years ago over loan servicing and foreclosure procedure violations, according to media reports.