The U.S. Department of the Treasury recently released its third report on the evaluation of the Administration's Core Principles for financial regulation in an effort to establish recommendations for improvements with the current regulatory framework.

END_OF_DOCUMENT_TOKEN_TO_BE_REPLACED 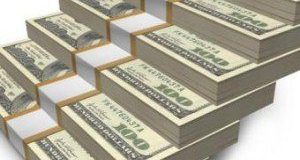 Countercyclical policies will be crucial in future housing finance reform, at least according to a recent report from the U.S. Department of the Treasury.

END_OF_DOCUMENT_TOKEN_TO_BE_REPLACED 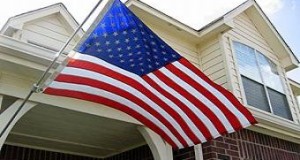 Antonio Weiss, Counselor to the Treasury Secretary, reiterated his stance against Treasury allowing for the recapitalization of Fannie Mae and Freddie Mac and releasing them from the FHFA’s conservatorship, stating that “This approach is simply a bad deal for taxpayers and homeowners alike.”

END_OF_DOCUMENT_TOKEN_TO_BE_REPLACED

In an editorial titled “How Not to Fix Fannie and Freddie,” Antonio Weiss, Counselor to the Treasury Secretary, called the push to recapitalize the GSEs and release them from the FHFA’s conservatorship “misguided.” Weiss claims that such a “recap and release” proposal, if executed, could raise the cost of mortgages and potentially expose American taxpayers to another bailout.

END_OF_DOCUMENT_TOKEN_TO_BE_REPLACED

How Successful Has TARP Been After Seven Years?

The economy has experienced 67 straight months of private sector job growth and the unemployment rate is at its lowest level since 2008 (5.1 percent), serving as " proof that the broad-based federal response to the financial crisis was effective in stabilizing our economy and setting the table for sustainable growth," the authors said.

END_OF_DOCUMENT_TOKEN_TO_BE_REPLACED 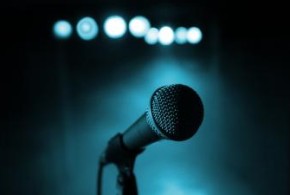 END_OF_DOCUMENT_TOKEN_TO_BE_REPLACED

GSEs Would Need Up To $157 Billion Bailout in Economic Downturn

The Dodd-Frank Act Stress Tests (DFAST) – Severely Adverse Scenario report indicated that the two GSEs would need a second taxpayer bailout, this time of up to $157.3 billion, under hypothetical adverse economic conditions that included a rise in the nation's unemployment level up to 10 percent by the middle of 2016; a decline in real GDP as large as 4.5 percent by the end of 2015 before recovery begins in 2016; and long term interest rates drop significantly while short-term rates remain near zero.

END_OF_DOCUMENT_TOKEN_TO_BE_REPLACED

The BEP has made about $75 million (approved by the U.S. Department of Treasury) available to the state of Indiana to eliminate blight by reducing foreclosures and stabilizing neighborhoods, and about $1.5 million of that money was allocated to East Chicago.

END_OF_DOCUMENT_TOKEN_TO_BE_REPLACED

On the Obama Administration's recent policy changes intended to give more prospective homebuyers access to credit, Rood acknowledged that the administration wants to responsibly expand the credit box and make homebuying more affordable by lowering the interest rate – but at the same time, he said lenders are compelled by capitalism rather than patriotism to use government programs.

END_OF_DOCUMENT_TOKEN_TO_BE_REPLACED

Will Freddie Mac Require Another Draw from Treasury? 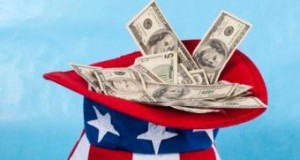 A hugely profitable year in 2013 for both Fannie Mae ($84 billion) and Freddie Mac ($49 billion) shifted widespread speculation from winding down the two GSEs to instead ending FHFA's conservatorship of the two Enterprises, which began in September 2008 after the two received a combined $188 billion from Treasury in bailout funds.