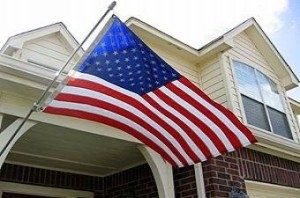 Jeffrey Fisher is the founder of The Fisher Law Group, PLLC, now BP Fisher Law Group, LLP, where he now serves as Executive Vice President of Business Development. He can be reached at jfisher@first-legal.com [1] or 301-778-1062.

Statutes of limitations have been a hot topic in the mortgage servicing industry but there has previously been no need for Maryland to be included in that discussion. Now, however, due to a couple of statutes passed by the Maryland General Assembly, it is important for the industry to be aware of these statutory changes and to consider the implications on the time in which a servicer has to institute a foreclosure action regarding owner occupied properties. The author’s opinion is that the applicable statute of limitations is lengthy and unchanged. Nonetheless, for no other purpose than the avoidance of litigation, servicers should act as if a three year statute of limitations is in place.

The general statute of limitations in Maryland is three years from the date the cause of action accrues, except as otherwise provided. Specialities, including contracts under seal, have a 12 year period of limitations pursuant to Section 5-102 of the Courts and Judicial Proceedings Article of the Annotated Code of Maryland. Maryland deed of trust and note forms are generally sealed documents to which the 12 year period applies. In the 2014 session, the Maryland General Assembly amended this section to state that the 12 year period does not apply to "(a) deed of trust, mortgage, or promissory note that has been signed under seal and secures or is secured by owner- occupied residential property, as defined in Section 7-105.1 of the Real Property Article." The transition provisions of the statute gave anyone who had such a sealed instrument at the time of enactment until July 1, 2017 to institute an action.

Historically, there has been no statute of limitations for mortgage foreclosures in Maryland because in equity, "it is deemed unjust to consider anyone as the absolute legal owner of property which he has purchased, but has not paid for." In Cunningham v. Davidoff, 188 Md. 437, 53 A.2d 777 (1947), Mrs. Davidoff filed a complaint stating that she had granted a mortgage more than 20 years before and had made no payments on it. Twenty years is the limitations statute in Maryland for real property actions. She had demanded a release and Mr. Cunningham refused to provide it. She asked the court to release the lien of the mortgage and enjoin its foreclosure. She won her claim in the trial court and Mr. Cunningham appealed.

The Court of Appeals reversed the trial court's decision. The court held there is no statute of limitations in Maryland applicable to foreclosure of mortgages; that laches does not apply in a proceeding to foreclose an old and stale mortgage, and that while there is a presumption that an unreleased mortgage over 20 years old has been paid, it is a presumption that can be rebutted. Mrs. Davidoff was hoisted on her own petard because she alleged that no payments had been made, thereby overcoming the presumption of payment.

Subsequently, the Maryland General Assembly enacted what is now Section 7- 106(c)( 1) of the Real Property Article. This section establishes a presumption of payment for unreleased deeds of trust or mortgages upon the passage of three different time periods depending on the factual circumstances:

(1)       12 years after the last payment date or maturity date set forth in the instrument;

(2)       if the last payment date or maturity date is  not ascertainable from the instrument and 40 years have elapsed from the date of recording and no continuation statement has been filed; or,

The following section of the statute, Section 7-106(c)(2), provides that if an action has not been brought to enforce the lien within whichever is applicable of the three different time periods noted above, the lien created by the mortgage or deed of trust shall terminate, no longer be enforceable against the property, and shall be extinguished as a lien against the property. This is applicable for all deeds of trusts and mortgages, including owner occupied residential properties.

So that squarely raises the issue as to whether Maryland’s statutory changes to Section 5-102 of the Courts Article were intended to apply only to attempts to collect the underlying debt in actions that are or could have been brought in a law court, or whether they were intended to apply to the foreclosure action, as well.

While the plain language of Section 5-102(c)(2) of the Courts Article includes "deed of trust" and "mortgage," this does not, in the author’s opinion, establish a three year limitation to bring a mortgage foreclosure action.  Statutes of limitation for civil actions are generally held to apply only to actions at law. Deeds of trust in Maryland contain a covenant to pay the indebtedness and other covenants which can be enforced in an action at law. A proponent of applying a three year limitations period to a foreclosure action would, however, posit that the rules of statutory construction start and stop with unambiguous language in the statute. Therefore, it would be argued that the unambiguous language in Section 5-102(c)(2) of the Courts Article compels the conclusion that the statute of limitations for foreclosures of owner occupied residential properties has been shortened.

It is, however, a well established rule of statutory construction that statutes that are clear when read separately may well be ambiguous when viewed in the context of each other. Statutes that were enacted at different times and contain no reference to each other must be harmonized insofar as possible. Two statutes that deal with the same subject matter that are not inconsistent with each other must be construed together and, to the extent possible, full effect given to each. This is required to avoid the repeal by implication of one of the statutes by the other, something the law foes not favor.

See generally, Alston v. State, 433 Md. 275 (2013). In this context, interpreting the change in the general statute of limitations to apply only to actions at law, while leaving Section 7-106(c)(2) of the Real Property Article, which applies only to equitable actions to foreclose, gives full effect to both statutes. The converse interpretation results in the implied repeal of Section 7-106(c)(2) of the Real Property Article with respect to owner occupied properties, which, as noted, courts do not favor.

Furthermore, the Fiscal and Policy Note of HB 274, which became Section 5-102(c)(2),  discusses the bill in context of actions to collect the debt, either by action on the note, or by deficiency judgment following the foreclosure. There is no discussion of intent to change the time in which to bring a foreclosure action. There was no attempt to either identify or harmonize other sections of the Maryland statutory law that would have been necessary to change the statute of limitations for a foreclosure action.

Further, effective on July 1, 1984, in a comprehensive revision of the Maryland Rules, law and equity were merged in favor of a unitary cause of action following the model used in the federal courts. Any argument that the three year limitations period applies to a foreclosure because there is unitary cause of action in Maryland and there is no longer a division between law and equity, does not withstand analysis. In the case of Bank vs. Reeves, 173 Md. App. 392, 919 A.2d 738 (2007). LaSalle Bank was the foreclosure purchaser of a tract of land. Following completion of the foreclosure action, it discovered that the legal description in the deed of trust that was foreclosed was incorrect and that it included only 1.411 acres of land instead of the three acres it was supposed to include. It brought a reformation action. The trial court dismissed the action applying the three year statute of limitations. The appellate court reversed holding that the unification of law and equity did not abolish the substantive distinctions between law and equity and that the equitable doctrine of laches controlled consideration of stale claims in truly equitable actions. The court cited authorities stating that laches is not based simply on the length of time elapsed, but that laches needs to be considered on a case by case basis because laches is inexcusable delay coupled with prejudice to the other party.

Since foreclosure is an equitable remedy, the three year bar to the legal action should not bar, in the author’s opinion, a foreclosure action respecting an owner occupied residential property. As discussed herein, the limitation of action to a foreclosure still should be somewhere between 12 years and 40 years or possibly more if continuation statements come into play. Servicers should, of course, expect litigation over the issue and, to the extent possible, that litigation can be avoided by instituting foreclosure actions within three years of an uncured default. That being said, a servicer should feel fairly confident of the outcome if the matter must be litigated.