Home / Daily Dose / Foreclosure Rates: Back to the Future

Foreclosure Rates: Back to the Future 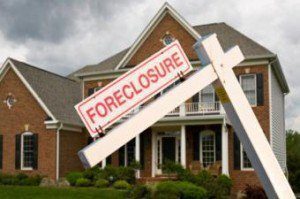 For the first time since the financial crisis of 2008, several mortgage loan metrics are returning to pre-recession averages, according to the latest Mortgage Monitor Report, released Monday by the Data and Analytics division of Black Knight, Inc. Loan delinquencies, serious loan delinquencies, active foreclosures, and non-current inventory—both foreclosures and delinquencies—all ended the year at lows not seen since before the recession.

“Across the board, 2018 year-end numbers are good news from a mortgage performance perspective,” said Black Knight’s Data and Analytics Division President Ben Graboske.

He went on to say, “These year-end numbers are further proof of what we’ve been observing for some time now. The high credit quality and corresponding lower risk we’ve seen in the post-crisis origination market for the better part of a decade continue to pay dividends in terms of mortgage performance.”

Overall, 3.88 percent of mortgage loans across the nation are delinquent as of the end of 2018. This is down 18 percent from a year earlier. Black Knight acknowledged that this number is inflated by the effects of hurricanes over the past year and a half, but it found that even in areas not impacted by hurricanes and hurricane-related moratoria, delinquencies were down 11 percent from a year earlier.

Black Knight anticipates delinquencies could fall even further and could even hit new post-recession lows by spring.

The share of loans across the nation that are seriously delinquent at the end of 2018 was 0.99 percent, the lowest rate since 2004 and down 16 percent from a year earlier. When excluding hurricane-impacted markets, serious delinquencies are down 14 percent over the year.

Colorado had the lowest serious delinquency rate in the nation at just 0.37 percent. Mississippi had the highest rate at 3.06 percent. Not only was Mississippi’s rate three times the national average, but also it is 50 percent higher than the rate recorded in any other state.

Foreclosure starts and foreclosure sales both hit an 18-year low, according to Black Knight’s data. Just 576,000 homes began the foreclosure process in 2018, accounting for 1.12 percent of all active loans, and 175,000 foreclosure sales were completed over the year, down 25 percent from a year ago.

Overall, the foreclosure rate is down 19 percent over the year in 2018, falling to 0.52 percent, which is below long-term norms, according to Black Knight. A handful of states experienced greater than 30 percent declines in their foreclosure rates in 2018, including New Jersey, Oregon, Nevada, Washington D.C., and Utah.

The states with the highest percentage of non-current loans were Mississippi, Louisiana, Alabama, West Virginia, and Arkansas. The states with the lowest share of non-current loans were North Dakota, Idaho, Washington, Oregon, and Colorado. Black Knight pointed out that while recent loan originations have fared well, “a large number of aged foreclosures remain as fallout from the financial crisis.”

Black Knight also noted that drops in mortgage rates over the past two months have led to a more than 50 percent increase in the number of borrowers who may have an incentive to refinance—an additional 1 million borrowers. However, many of these borrowers had a perceived incentive to refinance over the past few years when rates were even lower and did not. “This suggests the impact of incentive gains may be more limited than the numbers suggest."