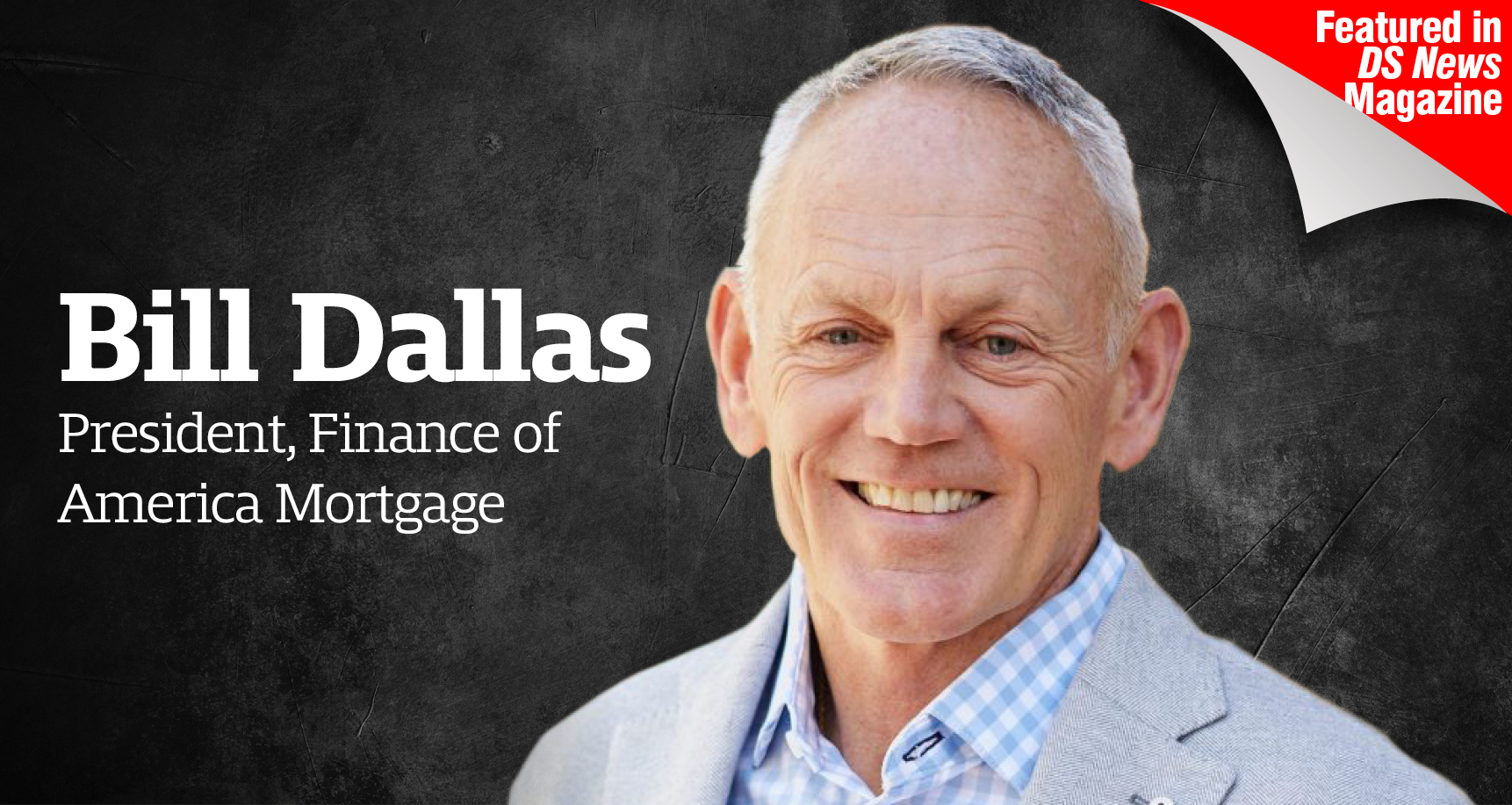 Bill Dallas is known for building two mortgage companies from the ground up, First Franklin and Ownit Mortgage Solutions. In 2009, he purchased Skyline Home Loans with Upfront Ventures and a team working to modernize the traditional mortgage business. In 2018, certain assets of Skyline were purchased by Finance of America Mortgage. Today, Dallas leads the combined business.

You’ve described current underwriting processes as “archaic”—could you talk about what the problems are that you’re seeing, and how that’s impacting the industry?
Dallas: There are probably two or three different impacts that are prevalent.

Then, on the flip side, all this technology and all these great advancements in different parts of the business, they’re throttled because of our inability to get through income.

Ten years ago, we could do 220 loans a month per underwriter. Today, we can do 60. Most of that is trying to deal with deciphering income. The underwriting guidelines were built in the ‘60s and ‘70s, and they really haven’t been changed. Also, they were built for an owner-occupant. And they were built for the primary owner occupant, who was, at that time, typically a white male. It was a single occupant, (often not considering spousal income because there often wasn’t any).

The idea was always to try to figure out how do you customize a guideline that fits the consumer? And I just don’t think today’s guidelines do that.

We’re talking about providing sustainable homeownership opportunities to people. And I don’t think you have to take additional risk in how you do it. You just have to count their income and adjust the income guidelines to reflect today’s consumer.

I spent almost 15 years not delivering any loans to the agencies. In my opinion, the guidelines and rules need to be modernized. You just have to work with investors, rating agencies, bond insurers, and people like that, so that they get comfortable that you’re not stepping out on the limb and doing something that would create default or severity from the securitization standpoint. But the cool thing about this is that, even if you go back to the worst-performing book of business that the nation ever had, 92% of all Americans paid. So, 8% is what you’re talking about, generally speaking.

I think people put way too much emphasis on the borrower’s DTI. They should look at the asset class and how it performs overall because severity is low. You do create default. The less income and the less sustainable income somebody has, the more likelihood that they haven’t default. But at the end of the day, we’re not smart enough to be able to figure out all the demographic things. And because of the way the government looks at underwriting, we look at history. So, we’re looking at history, whereas people are buying based upon the future. It’s a mismatch.

Could you speak some about the “false perceptions of the mortgage process” that you see commonly?
Dallas: We talk relationships all the time. You talk about loan officers and you watch and listen to advisors. Everybody is talking about the mortgage process being a relational thing, and it really is just highly transactional. It becomes a one-off piece.

The consumer years ago was looking for relationship lending, and they preferred a one-stop shop. They could work with their local banker to get a personal loan, their car loan, a student loan, the home loan, and all that kind of stuff. What’s occurred over the last 30-40 years is that we have unbundled all of that.

Now, we’ve created a bunch of products with different lenders. Instead of having this relational process, you’ve got this transactional process and the consumers are looking for the “best of breed.” So, you got a student loan from the government, and now you’ve refinanced that with SoFi. Then, you do your car loan with GMAC. The consumer has figured out how to maximize their credit opportunities, which has basically created a debt problem for them.

Our view is that we have to somehow bring them back and look at how their mortgage impacts them holistically. At Finance of America, I’m trying to change the entire vision of the company to help people make informed decisions about mortgage borrowing and their most important life purchases. It’s a long-term goal of making that connection, and that’s really hard to do when you are acting transactionally.

Previous: Housing Payment Delinquencies Tail Off in Q2
Next: Increased Equity a Buffer for Struggling Borrowers