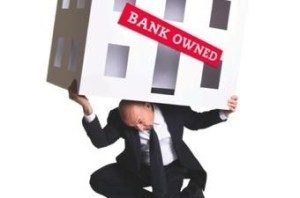 ATTOM, along with its subsidiary RealtyTrac, has released its latest Foreclosure Market Report for October which has found that there was a total of 20,587 properties with foreclosure filings against them, up 5% from September and 76% from a year ago. This increase marks the sixth consecutive increase year-over-year.

The news was not completely unexpected as the federal foreclosure moratorium has now been over for three months and forbearance plans are beginning to come to and end.

"As expected, now that the moratorium has been over for three months, foreclosure activity continues to increase," said Rick Sharga, Executive Vice President at RealtyTrac, an ATTOM company. "But it's increasing at a slower rate, and it appears that most of the activity is primarily on vacant and abandoned properties, or loans that were in foreclosure prior to the pandemic."

Foreclosure starts also increased over the last month as lenders started the foreclosure process on 10,759 properties, up 5% from September and 115% since last year.

Data for the report was gleaned from data entered into the ATTOM Data Warehouse over the course of the month which covers more than 3,000 counties nationwide or about 99% of the total papulation.