Brian Twibell is one of the original investors and co-founders of RedVision. Instrumental in creating the business plan that is the foundation for RedVision's success, he took on the role of Chairman and Managing Director in 2002. Brian’s focus was on strategic planning and business development. In 2006, Brian was named Chief Executive Officer to lead RedVision’s rapid growth as an independent provider of technology-enabled solutions for the real property marketplace nationwide. Prior to RedVision, Brian was President and CEO of Microbank Software, a firm he founded in 1984. Microbank grew to 200 employees with major divisions in New York, London, and Singapore, and satellite sales offices in Amsterdam, Sydney, Tokyo, and Zurich. By 1999, Microbank had over 1,100 systems installed in more than 30 countries. SunGard acquired Microbank in 2000; following the acquisition, Brian served as SunGard’s Managing Director for strategic acquisitions. 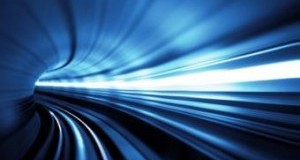 The research behind every real estate transaction is based on antiquated and manual methods that have not changed dramatically in decades. Repetitive tasks in the title production process can slow productivity and generate opportunities for errors—creating the need for ‘straight-through processing’ (STP).