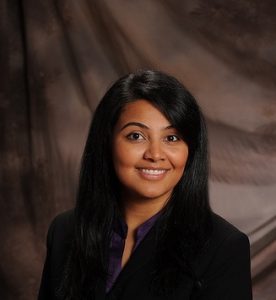 Sharmila Bharwani is an Assistant General Counsel for Citigroup Inc. in Irving, Texas. She has over seven years of experience in mortgage servicing with extensive knowledge of federal and state laws impacting TILA, FCRA, RESPA and bankruptcy matters. Bharwani has participated in numerous banking regulators and managing examinations and has a vast amount of knowledge of the current policies and commentary from the OCC and CFPB. She has assisted in discussions with different legal groups regarding the proposed amendments to the federal bankruptcy code.

Bharwani spoke to DS News to discuss the new updates for the bankruptcy rules and her perspective on the work done by the CFPB.

In your own words, what are the new proposed bankruptcy rules?

There have been significant changes in the bankruptcy code since the December of 2011, including the creation of Notice of Post Petition Fee Notices, Notice of Mortgage Payment Changes and two new forms of the Proof of Claim. The bankruptcy rules were changed by the Federal Rules Committee as we as Regulation X and Regulation Z from Consumer Financial Protection Bureau regarding the early intervention requirements and the periodic statements.

The initial rules promulgated by the CFPB required periodic statements for customers in bankruptcy, however they received an uproar from NACTT, trustees, and creditor attorneys. They had concerns about the violation of the automatic stay as well as the intricacies of the statements. There were also issues regarding different bankruptcy scenarios such as conversions, terminated cases and even dismissal. The CFPB then revised their initial rules and waited a year to release the new proposed rules on bankruptcy periodic statements.

What are your thoughts on the updated rules?

The bankruptcy proposed rules or the final rules require periodic statements to go out to customers in active BK, but they do a really good job doing the “if, thens”. There are about eight exceptions that stop you from sending periodic statements. The CFPB also did a great job identifying the audience of the letter, the format of the letters as well as when the billing statements need to change.

The CFPB’s rules are really thorough, which has been really helpful to the bankruptcy community. They even provided a sample of what these statements for more information.

What is the perceived impact in industry from these rules?

They've given us 18 months to implement the periodic statement rule, and I believe that servicers are still going to have quite a difficult time to automate this, so we're already doing certain projects and IT has already been called in and we're sort of working on these projects to see how fast we can implement these rules.

The impact will be that now customers have a better idea of payments regarding their mortgage. I also think the trustees will also have a better idea of how payments are being applied. Even though these statements don't go to trustees, I think the fact that they go to their customers and then they translate to their customer's attorneys, and then eventually to the trustees, will give a much more transparent concept of how bankruptcy payments will be applied. We also probably will have a lot more consistency between servicers on how we are going to show payments to customers.

Previous: What Trends Continue to Support the Housing Market?
Next: First-Lien Mortgages Get an A+