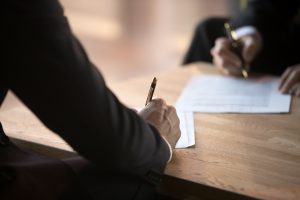 In a recent webinar presented by Bob Corcoran, CEO of Bob Corcoran & Associates, and Ed Delgado, Chairman of Five Star Global, participants listened to a presentation titled "Turn Distress Into Success in 2022: The Secrets to Being the Preferred Choice of Asset Managers."

The presentation aimed to teach participants the secrets to being the preferred choice of asset managers, how to avoid the ups and downs of the distress industry, and how to sustain vendor relationships.

Delgado is a 25-year veteran of the mortgage industry, having held executive positions at Wells Fargo, Freddie Mac, and JPM Chase. He is the most recent past President and CEO of Five Star Global, a national trade and media group supporting the mortgage industry and mid-market M&A professionals.

Delgado first addressed the “great unknown” in the market currently and how that could impact future foreclosure numbers.

“It’s pure theory on my part, but I think it holds water: let’s think of the 3.8 million people who were on forbearance,” Delgado said. “As these forbearance plans expire, those numbers will start to dwindle. As of Nov 9, there were approximately 1 million people still on forbearance, but those people I think are vastly different than the 3 million people that preceded them. I think that those folks had left forbearance and were either self-cured or were cured with some assistance from the servicer and reinstated, and I think that as those numbers get smaller, there is less and less consumer resiliency. The risk is that these customers may not have the financial capability to move forward.

“I think there is as embedded risk in the industry right now as it pertains to the ‘great unknown’ which is these final million people. Let’s just assume that half million self-cure, you still have half a million homes at risk of advancing to foreclosure. These are the people who needed the longest amount of protection and care since the onset of the pandemic.”

Later he was asked if inflation, supply chain, employment problems, along with any other ongoing issues could impact the future market and what one could do to prepare for these.

“There is no labor shortage in the United States of America,” Delgado said. “There is a lack of labor willingness. Big difference. 3% of the total workforce quit their job in September. That translates to 4.4 million people who just said ‘I don’t want to work anymore.’”

“But to know that, by their choice, 3% of the U.S. workforce left the job is scary,” Delgado continued. “That just increases some of the market tensions that we’re witnessing. We take that information, and we know that there’s been a 43% increase in shipping costs at the same time inflation has hit a 30-year high. The Consumer Price Index jumped 6.2% from a year ago, the highest since 1990. So why is this all important? Core inflation is stripping out food and energy, where prices have increased almost 5%, that’s the fastest price increase in energy costs since 1991.”

“Now I’m starting to see very different clouds on the horizon...i think we’re heading into a very different territory right now. I think that the supply chain problems simply haven’t presented themselves just yet. There are going to be continued shortages. This is just the tip of the iceberg. This shortage is going to run into Q1 next year and the administration hasn’t come out and said ‘look we have a plan to address this.’”

"What I’m worried about going into next year is the forbearance protections are going to expire. You’re going to have the resumption of the foreclosure pipeline and there is a backline in foreclosures. Interest rates will increase. Pricing will cool. You are now starting to see the formation of components that will impact the macro economy. Supply chain will continue to hurt the distribution of goods and services across the United States, including lumber and supplies to build new home construction, which will further be slowed by a rise in interest rates. So we have a confluence of circumstances. Delinquencies will rise, foreclosure rates will increase, REO will increase.”

Corcoran said that looking ahead, he hopes that 2023 will be considered a “normal year.”

“The one thing that COVID-19 taught us is that we don’t need a lot of brick-and-mortar office space [to do our jobs],” Corcoran said. “I have one team down in Dallas, Texas that sold 1743 homes last year, and he went from 5,200 square feet to 2,500 square feet and then added 20 agents to his team. He’s on pace to do more this year than last year with less space. People are thinking differently.”

To view the webinar it its entirety, click here.