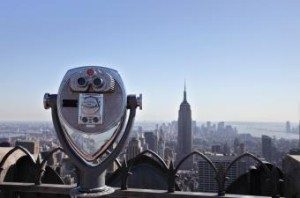 Servicers who were compliant with the previous version of New York’s mortgage servicing have 90 days from the effective date, or until March 17, 2020, to comply with the Final Rule, JD Supra reports.

Many of the changes made through the Final Rule involve foreclosure and default practices, in a state with some of the highest delinquency and foreclosure rates in the county, concentrated in New York City.

According to data from LendingTree in November 2019, the New York-Newark-New Jersey metro had the highest serious delinquency rate of 2.6%. The metro also had the highest overall foreclosure rate at 1.3%.

Additionally, New York has some of the longest foreclosure timelines in the country, at an average of 1,103 days.

The Final Rule includes several changes relevant to servicers, including requirements for dual tracking prohibitions that restrict servicers from taking certain foreclosure actions depending on whether the servicer has already made the first foreclosure notice or filing.

This is not the only recent major legislation to impact servicers working in default in New York. Toward the beginning of the year, New York Governor Andrew Cuomo recently signed a bill intended to defendants in foreclosure court. The bill, sponsored by Assemblymember Helene Weinstein and State Sen. Brian Kavanagh, which amends Article 13 in Real Property Actions & Proceedings and allows defendants more leeway to bring up the defense of “standing” in foreclosure court, Kings County Politics reports.

The law will authorize local governments to compel mortgage lenders to “fast track” foreclosure properties or release the abandoned property to allow for resolution on a local level.

Previous: The Growing Power of Built-For-Rent
Next: The Week Ahead: Housing’s Role in the Economy