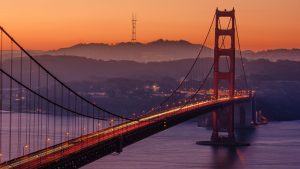 Despite a myriad of obstacles stemming from two pandemic-induced lockdowns and a problematic economy that forced many residents and businesses to leave the state, California's housing market closed 2020 with a vibrant sales rate and a fifth record-high median price in December, according to new data published by the California Association of Realtors (CAR).

Closed escrow sales of existing, single-family detached homes in California totaled a seasonally adjusted annualized rate of 509,750 units in December, up 28% from the 398,370 sales at the end of 2019. This marked both the fifth consecutive and the largest yearly gain since May 2009. On a monthly measurement, sales were up 0.2% from November’s level of 508,820.

"It's a testament to the strength of the market that even after the pandemic effectively shut down the spring home-buying season in 2020, the market still was able to recover the substantial sales lost in the first half of the year and even top 2019's levels," said CAR President Dave Walsh, vice president and manager of the Compass San Jose office. "With mortgage rates expected to stay near the lowest in history, demand for homeownership will continue to be strong, so home sales should remain elevated into the first half of 2021, as motivated buyers take advantage of the increased purchasing power."

However, inventory continued to be a persistent problem in the state. CAR's Unsold Inventory Index dropped to 1.3 months in December, matching the record-low from the spring of 2004. Active listings fell 47.1% from last year and continued to drop more than 40% on a year-over-year basis for the seventh straight month. On a month-to-month basis, for-sale properties dropped 18.6% in December.

Previous: How Biden’s Economic Stimulus Plan Might Impact Housing
Next: Economy ‘Ready to Take Off’ in 2021