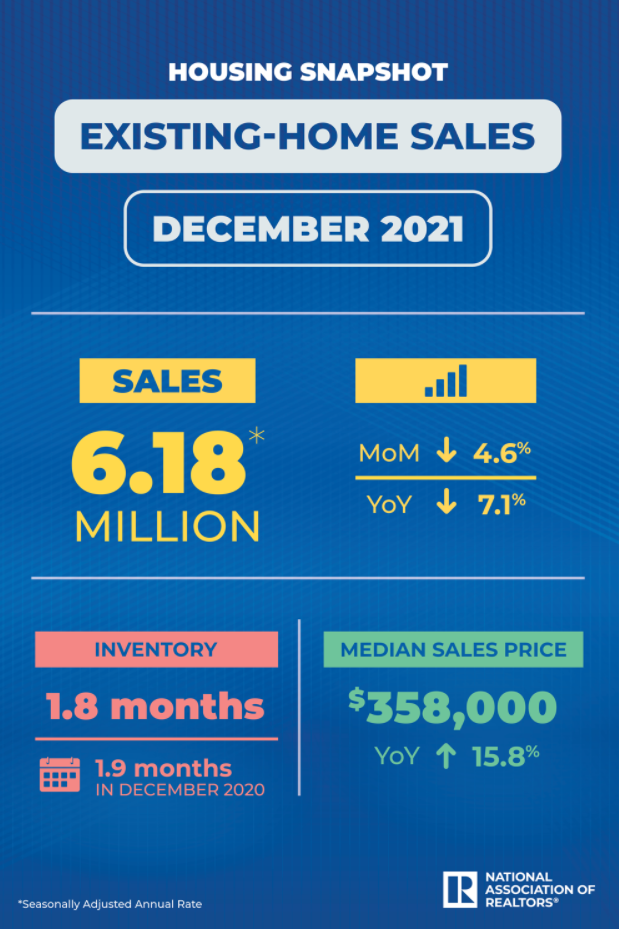 Closing the books on 2021, The National Association of Realtors (NAR) has reported that, during the month of December, existing-home sales declined 4.6% from November, to a seasonally adjusted annualized rate of 6.18 million, snapping a three-month streak of increases.

Despite the monthly drop, existing home sales increased by an overall 8.5% for the year to 6.12 million units.

"December saw sales retreat, but the pull back was more a sign of supply constraints than an indication of a weakened demand for housing," said Lawrence Yun, NAR's Chief Economist. "Sales for the entire year finished strong, reaching the highest annual level since 2006."

However, Yun noted that home sales will slow slightly in the coming months due to higher mortgage rates, but remains optimistic about the market due to recent employment gains and stricter underwriting standards.

Yun also acknowledged that mortgage rates will rise, but expects them to stay under 4% at the end of 2022.

"This year, consumers should prepare to endure some increases in mortgage rates," Yun cautioned. "I also expect home prices to grow more moderately by 3% to 5% in 2022, and then similarly in 2023 as more supply reaches the market."

"We saw inventory numbers hit an all-time low in December," Yun said. "Home builders have already made strides in 2022 to increase supply, but reversing gaps like the ones we've seen recently will take years to correct."

The length of time a property was on the market also ticked up slightly in December. The average existing home sold within 19 days, one day more than November, while first time buyers were responsible for 30% of sales in December, up 4% from November.

"There was a significant surge in first-time buyers at the end of the year," Yun said. "With mortgage rates expected to rise in 2022, it's likely that a portion of December buyers were intent on avoiding the inevitable rate increases."

NAR’s findings on a regional level were: 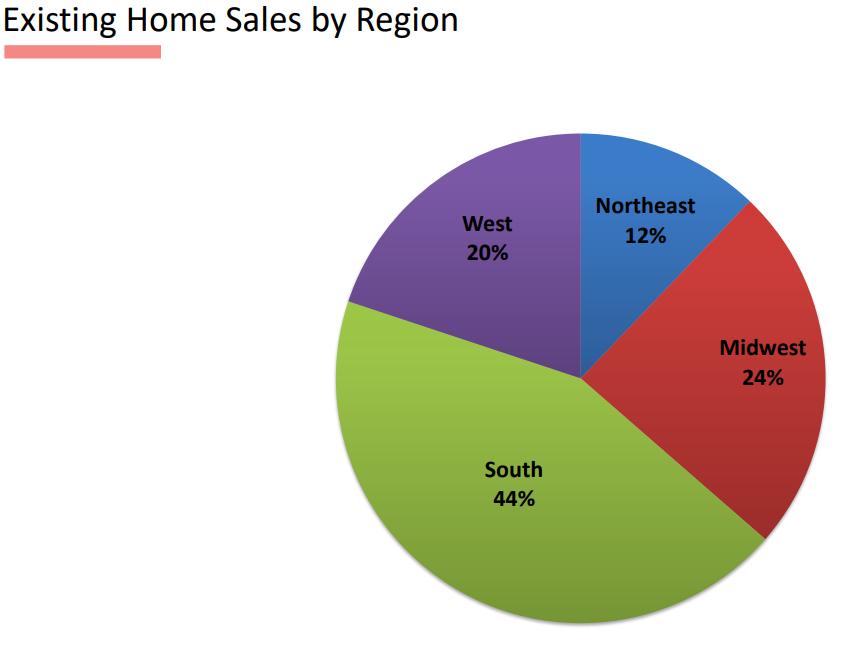 “Although they lagged behind year ago levels, existing home sales hit its 4th straight month at above 6 million in December, closing out 2021 on a relatively high note,” said Danielle Hale, the Chief Economist for Realtor.com “Rising concerns about inflation gave home shoppers a big reason to stay in the market in December: The potential opportunity to close on a home before prices and mortgage rates tick up further. With housing inventory dwindling and prices rising, finding the right home that’s still in the budget continues to be the hardest part of the real estate journey—and means the supply of for-sale homes remains a key driver of sales activity. This is illustrated by existing home sales trends over the course of 2021, which started strong before dipping in the traditionally busy spring and summer months, when there were few homes available for sale, and then rebounded into the fall as more new sellers meant more options for eager buyers to jump on.”

“Looking ahead, the path for existing home sales will be shaped by opposing market forces at work,” Hale continued. “On the one hand, we expect inventories to begin to increase in 2022 from extraordinarily low levels, as more homeowners are expected to move and builders pick up the pace. This should create more options for potential buyers. On the other hand, home prices are forecasted to continue rising, and alongside higher mortgage rates, create an affordability damper on demand.”

“On the whole, we expect buyers to be able to successfully navigate these challenges and, as a result, home sales to rise again in 2022.”