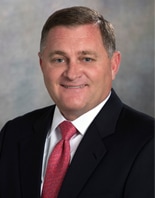 Wells Fargo announced today that Derek Flowers has been appointed the company’s Chief Risk Officer, effective immediately. Flowers will lead all aspects of Wells Fargo’s Independent Risk Management function, including compliance risk management. He will continue to serve as a member of the company’s Operating Committee.

“Derek is a proven leader with extensive experience managing risk. Over the last several years, he has played a critical role managing the buildout of the company’s risk and control frameworks,” said Charlie Scharf, Wells Fargo’s CEO. “Building a risk and control foundation appropriate for Wells Fargo's size and complexity remains our top priority, and Derek’s background and familiarity with the company—built on a 24-year career at Wells Fargo—make him the ideal candidate to succeed Mandy Norton following her retirement.”

Flowers has served in numerous risk management and business roles at Wells Fargo. Most recently, he was Head of Strategic Execution and Operations, a key role responsible for driving transformation across Wells Fargo and enabling the company to better execute against its risk, control and regulatory priorities. Flowers was previously the company’s Chief Market Risk Officer and its Chief Credit Officer. In those roles, he was responsible for leadership and oversight of all credit, counterparty, and market risk undertaken throughout the company. Prior to those roles, Flowers served in multiple capacities in Wells Fargo’s wholesale banking business, including as a wholesale credit manager, lending manager, and head of the corporate debt portfolio.