Home / Daily Dose / Which Housing Markets Are Most at Risk of COVID Impact? 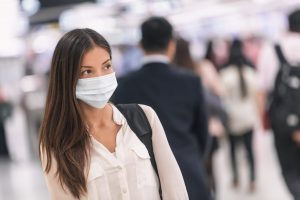 The report shows that New Jersey, Illinois, and parts of California had the highest concentrations of the most at-risk markets in Q4, with the largest groups still in the New York City and Chicago area.

Q4 trends, which continued patterns from throughout the past year, revealed that New Jersey, Illinois, and California had 31 of the 50 counties most vulnerable to the potential economic impact of the pandemic. The 50 most at-risk included eight counties in the Chicago metropolitan area, eight near New York City, and seven throughout northern, central, and southern California.

The remaining top 50 counties were scattered mainly along the East Coast, including two of Delaware's three counties and three counties in the Philadelphia metropolitan area.

"The U.S. housing market keeps powering on despite the coronavirus pandemic that's still raging across the country. Indeed, home prices keep rising in part because of the crisis," said ATTOM CPO Todd Teta. "Nevertheless, the virus remains a potent threat to the broader economy and the housing market, with some of the same counties we've seen in the past continuing to look vulnerable to potential downturns. No immediate warning signs hang over any one part of the country, but pockets are more vulnerable to the market taking a turn for the worse."

Prices climbed more than 10 % in most of the nation last year, both because of and in spite of the ongoing pandemic that slowed or idled major sectors of the economy in 2020. Throughout the past year, a surge of buyers has flooded the housing market amid a combination of historically low home-mortgage rates and a desire by many to trade congested virus-prone areas for the perceived safety and larger space offered by a house or condo.

Twenty-eight of the 50 U.S. counties most vulnerable in the fourth quarter of 2021 to housing market troubles connected to the pandemic, were in the New York, NY, Chicago, IL, and Philadelphia, PA, metropolitan areas, as well as in Delaware and California.

The areas included in Chicago and its suburbs were:

The areas found in the New York City metros were:

Major homeownership costs on median-priced single-family homes consumed more than 30% of average local wages in 32 of the 50 counties that were most vulnerable to market problems connected to the virus pandemic in Q4.