Home / Daily Dose / Why U.S. Bank is the “World’s Most Admired Company”

Why U.S. Bank is the “World’s Most Admired Company” 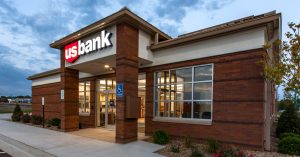 U.S. Bank, the country's fifth-largest commercial bank has been recognized as a 2019 World's Most Admired Company by FORTUNE magazine. The bank was listed as the world's most admired superregional bank for the ninth consecutive year.

The companies on this list are determined by a survey of executives, directors, and analysts rating companies in their industry on a series of criteria.

Among superregional banks, FORTUNE ranked U.S. Bank as No. 1 in eight of the nine key attributes of reputation. They included quality of management, community responsibility, innovation, quality of products/services, people management, use of corporate assets, financial soundness, and long-term investment value.

The bank was also ranked among the Top 10 most admired companies for its community responsibility and its financial soundness. Of the 680 companies ranked by FORTUNE across all industries, U.S. Bank was ranked eighth and ninth on both these parameters respectively.

“Ethical leadership and financial discipline are core to how we create value for our stakeholders,” said Andy Cecere, President and CEO of U.S. Bancorp. “We are honored to be recognized among companies that are known for shaping the future with those principles in mind. These core principles help us meet the needs of our customers, employees, shareholders, and communities every day.”

This isn't the first award for the bank which has won a number of accolades over the years for its diversity and inclusion initiatives. Over the past 30 years, the bank has invested more than $9.4 billion in helping to build affordable housing in all 50 states, particularly for people of color, veterans, and homeless individuals. The bank was also recognized in 2018 as the best employer for Diversity by Forbes and while 60 percent of its workforce at the end of 2017 was made up of women, it also employs around 2,000 military veterans.

With 74,000 employees and $467 billion in assets as of December 31, 2018, U.S. Bancorp is the parent company of U.S. Bank. The Minneapolis-based bank was recognized by the Ethisphere Institute as 2018's World's Most Ethical Company for its commitment towards serving retail, business, wealth management, payment, commercial and corporate, and investment services customers across the country and around the world as a trusted financial partner.

Previous: Where the Most Competitive Buyers Are
Next: Tallying Foreclosure Prevention Actions