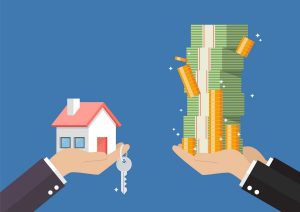 Those who sold their homes realized record amounts of profit not seen since the housing boom in the 2000s.

This data comes from a new year-end report from ATTOM, a California-based property information company, covering the state of home sales for the year.

All-in-all, the report found that home sale profits rose in 90% of all localities across the U.S. that have enough data to be statistically relevant; this is the highest levels recorded, topping previous highs last recorded in 2008. “The $94,092 profit on the median-priced home sale in 2021 represented a 45.3% return on investment (ROI) compared to the original purchase price, up from 33.6% last year and from 30.6% in 2019. The latest profit margin also stood out as the largest since at least 2008,” the report said. “Both raw profits and ROI have improved nationwide for 10 straight years. Moreover, last year’s gain in ROI—up nearly 12 percentage points—was the biggest annual increase since 2013.”

ATTOM also found that in spite of the ongoing pandemic, the median price of a home rose 16.9% in 2021 and now stands at $301,000, another annual record. Since 2011, when the housing market was mired in the aftermath of the Great Recession of the late 2000s, the national median home price has now risen 109%.

The median price of a home rose to this level due to low interest rates and a “desire by many households to trade congested virus-prone areas for the perceived safety and wider spaces of a single-family home and yard” in more rural areas.

But signs are on the horizon that prices could begin to level off in 2022. ATTOM cites declining affordability, lower investor profits and rising foreclosure activity as evidence towards that belief. This is in addition to the expected increase in interest rates by the Federal Reserve this spring.

“What a year 2021 was for home sellers and the housing market all around the U.S. Prices went through the roof, kicking profits and profit margins up at a pace not seen for at least a decade. All that happened as the virus pandemic raged on, which actually helped drive the increases instead of stifle them,” said Todd Teta, chief product officer at ATTOM. “Households that escaped job losses from the pandemic dove into the market, in large part as a response to the crisis. And the rising demand led the market boom onward. No doubt, there are warning signs that the surge could slow down this year. But 2021 will go down as one of the greatest years for sellers and one of the toughest for buyers.”