Home / Daily Dose / The Storm After the Storm

The Storm After the Storm 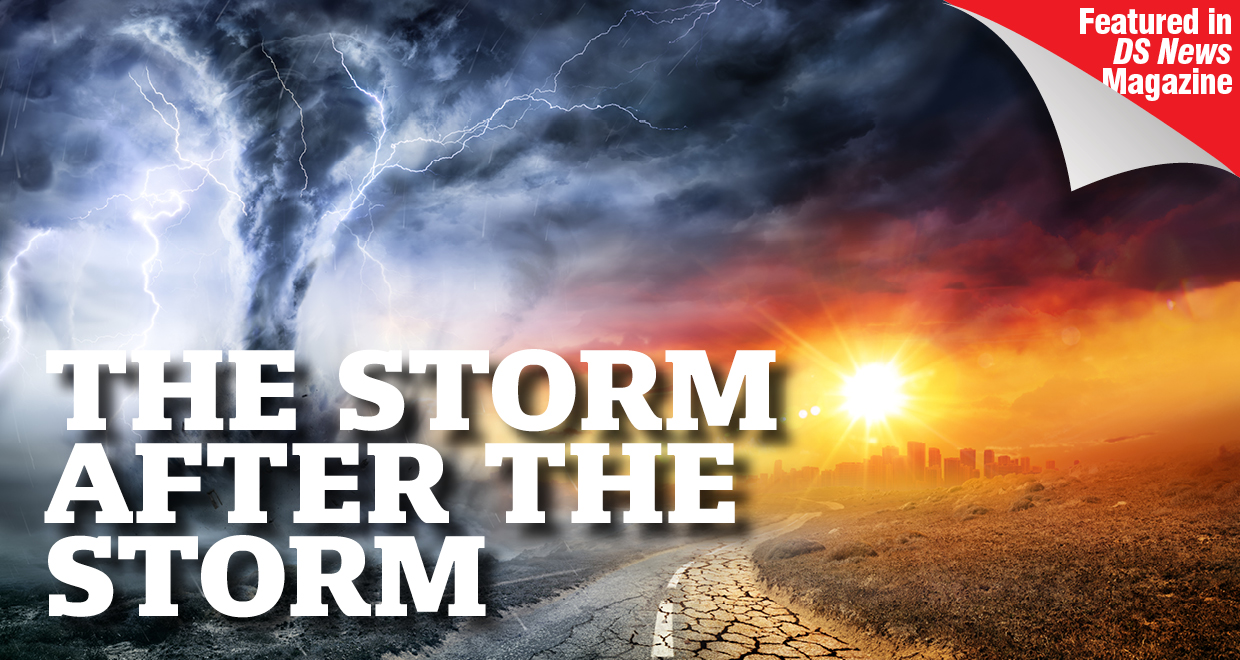 At no other point in recent history have images of nature’s destructive force filled newspapers, TV screens, and social media pages as they do today. Nor have they been seen at such frequency and intensity. These disasters are life-changing events that force victims to rebuild their lives in the wake of the damage.

From wildfires in California and tornadoes in the South to hurricanes in the East, natural disasters are accompanied by substantial costs for governments, businesses, and individual residents, with larger catastrophes like Hurricane Katrina and Harvey resulting in losses amounting to billions of dollars.

As of October 8, 2021, there were 18 weather disaster events with losses exceeding $1 billion each in the United States. Beyond these large, widely publicized events were dozens of smaller-scale disasters that were just as disruptive to communities and residences.

Even though the government picks up a significant part of the tab through state and federal funds, the costs of natural disasters are borne most acutely by individual property owners. There’s growing concern about the possibility of climate change further compounding the crisis, negatively impacting the housing and mortgage markets.

Now, perhaps more than ever, you need a disaster preparedness strategy. Here, it’s best to partner with a proven disaster restoration firm to speed up the recovery process.

The costly effects are especially pronounced after smaller events, which, while more frequent, don’t receive as much long-term recovery funding or temporary relief from financial institutions. It’s not surprising that natural catastrophes lead to broad and often substantial negative impacts on the financial health of individuals.

The financial toll can be seen across most measures of financial health, including credit scores, credit card debt, and mortgage performance.

The physical damage to homes is just one of the ramifications. Natural disasters impact people’s finances and income through various channels. For one, they have to pay for their mortgage while also paying to reconstruct their homes. A flooded home can leave homeowners with mortgage and rent expenses as they wait for their home to become habitable. Loss of property, such as cars and other belongings, can interrupt people’s means of livelihood.

Plus, there’s the question of damage to commercial properties that supply jobs to the local community. What happens when they’re burned down, flooded, or irreparably damaged? Residents in disaster-damaged areas often find themselves out of work and without the income they need to make regular bill payments. It’s also notable that low-income individuals and communities are disproportionately affected by natural disasters.

They are often more likely to be affected by natural disasters and are more prone to lose a larger fraction of their wealth because they are less able to cope with and recover from the financial impacts.

Mortgage Delinquency Rates After a Natural Disaster
Disasters are one of the main causes of mortgage arrears and defaults because they elevate the risk of financial instability. The financial setbacks of a natural disaster are multiple and occur simultaneously, leaving people unable to meet their short-term financial obligations, thereby increasing the likelihood of mortgage delinquency among affected residents.

Considering that businesses may be shattered for days—if not weeks or months—in the aftermath of a disaster event, even those whose homes weren’t damaged, they may face an increased risk of delinquency.

Many natural disasters have the potential to interrupt commerce while causing widespread property damage, but hurricanes tend to steal the show. Hurricane-driven high winds and storm surges can wreak havoc over an expansive geographic area in a matter of days or even hours. As an example, 2017’s trio of hurricanes—Harvey, Irma, and Maria—tripled mortgage delinquency rates in affected communities.

After Harvey and Irma, an analysis of checking account data found a decline in checking account inflows of over 20%, which suggests diminishing incomes. This, in addition, to rising housing expenses due to property repairs costs, can financially overwhelm residents.

What about the infusion of relief funds from government and charitable sources? The expenses for hurricanes and other disasters are usually picked up by a variety of public sources, including the Federal Emergency Management Agency (FEMA) and the U.S. Department of Housing and Urban Development. State and local funds also chip in to offset some disaster-related costs. The Small Business Administration (SBA) also provides loans to enable homeowners to rebuild.

Homeowners insurance can also protect homeowners in case of disasters, but as Bankrate explains, a standard homeowners’ insurance policy covers losses “caused by explosion, fire, lightning, hail, windstorm, hurricanes, tornadoes, extreme cold, volcanoes, and theft.” Disasters such as flooding (no matter the cause) and earthquakes are not covered.

While homeowners’ insurance does cover damage from hurricanes, the coverage is limited. Any flooding damage resulting from a hurricane is not covered unless homeowners purchase a separate flood insurance policy. At this point, it’s important to mention that flooding is the costliest natural disaster in the United States—in particular, coastal flooding.

Now, the question is: how big of an effect do these payouts have on affected residents? All these sources of assistance and relief are unable to fully protect affected persons from financial hardship. A significant percentage of applications for disaster-related assistance are turned down, and not every form of assistance is available all the time.

Disasters cause major disruption for those in the housing market, leaving people unable to pay their bills in full and on-time in the months after a disaster. In some cases, the impact is so severe that it negatively impacts residents’ long-term financial health, leading to increased delinquency and foreclosure rates.

Natural Disasters and the Housing Market
The ripple effects of natural disasters leave residents earning less and spending more, which further deteriorates their financial health. A disaster leaves borrowers in a predicament where they have to choose between spending their savings on survival essentials and short-term repairs and their expenses.

A natural disaster leaves a path of destruction, and the negative impacts persist or even grow over time. As a result, banks, lenders, and servicers should have a contingency plan for natural disasters. A primary concern is giving borrowers and their families’ relief in the short term so they can meet their financial obligations in the long term.

Giving those affected by disasters the ability to “press pause” allows them to meet the immediate repair and rental expenses, if any, without worrying about a mortgage. A disaster preparedness plan should also include:

This way, the disaster plans can be modified based on the severity of the situation. The impact of disasters on the housing market cannot be overstated. Catastrophic events destroy homes and displace residents.

Typically, residents stay within the local area as they rebuild their homes and finances, which can increase the demand for housing in neighboring cities. For this reason, disasters are accompanied by rising rent and home sales.

Protecting Homeownership in the Wake of Increasing Disasters
Natural disasters will only increase in frequency and severity due to rising global surface temperatures. Will these events bring about increased delinquency rates over the coming years? If history is anything to go by, yes, it will.

For this reason, lenders and servicers must increase risk mitigation measures by incorporating damage estimates and reconstruction costs in their evaluation of risk to protect themselves and their borrowers in the event of a natural calamity.

John Thomas is a content creator and disaster preparedness author from Hoboken, New Jersey. When not writing for ATI Restoration, Thomas enjoys camping, reading true-crime fiction, and spending time with his family and two Golden Retrievers.