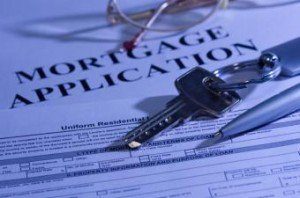 On Thursday, ATTOM Data Solutions released its Q1 2017 U.S. Home Affordability Index. The Index showed drops in affordability, as in every 4 county housing markets were less affordable than their historic averages.

The national affordability index noted that consumers would need to spend 33.6 percent of wages to buy a median-priced home nationally. Though this is below the historic average of 34.6 percent, it is still the highest amount since Q4 2008. However, 25 percent of counties covered by the index noted that the share of average wages necessary to buy a median-priced home is above the historic average.

“Home affordability continued to worsen in the first quarter, not surprising given the continued strong growth in home prices combined with the recent rise in mortgage rates,” said Daren Blomquist, SVP at ATTOM Data Solutions. “Stronger wage growth is the silver lining in this report, outpacing home price growth in more than half of the markets for the first time since Q1 2012, when median home prices were still falling nationwide. If that pattern continues, it will help turn the tide in the eroding home affordability trend.”

In another 26 percent of counties covered by the index, average wage earners would have to spend over 43 percent of their income on a median-priced home. Many of these counties were in New York, California, and the District of Columbia. Windermere Real Estate Chief Economist Matthew Gardner noted how in some cities, such as Seattle, home buyers have been priced out.

“Many homebuyers have been priced out of the Seattle housing market, forcing them to buy in other counties and commute,” said Gardner. “The data also shows that the affordability level in King County has eroded to levels we haven’t seen since 2010. Moreover, I believe that it will get worse before it gets better thanks to our growing population, inadequate infrastructure, and land constraints, which are all driving up home prices in and around the Seattle area.”

Another 5 counties covered by the index showed even higher home prices. Kings County, New York; Santa Cruz County, California; Marin County, California; New York County, New York; and Maui County, Hawaii all reported that average home buyers would need to spend over 100 percent of their income in order to buy a median priced home. Still, there were 15 counties covered by the index where the average homebuyer could spend 15 percent or less of their wages on a home.