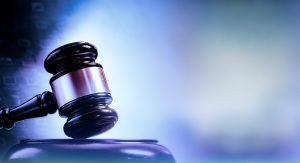 Florida’s Fourth District Court of Appeals (DCA) has issued an opinion reversing a Palm Beach Circuit Court, which dismissed US Bank’s foreclosure complaint against Steven and Dorothy Grob (the Grobs) based on US Bank’s alleged lack of standing. In US Bank National Assoc., etc. v. Grob, 4D21-1456 (Fla. 4th DCA March 30, 2022), the Grobs defaulted on their home equity line of credit (HELOC) which was secured by a mortgage. The original lender assigned the HELOC and mortgage to MEB Loan Trust IV (MEB) and US Bank, as MEB’s trustee, filed suit against the Grobs.

US Bank alleged it had standing to foreclose the HELOC and mortgage by virtue of its trustee status and MEB’s ownership interest in both the HELOC and the mortgage. US Bank attached a copy of the original loan documents and the pertinent assignment to its complaint and certified that it held the original loan documents as MEB’s trustee. The Grobs moved to dismiss on the basis that the HELOC was “a non-negotiable instrument that could only be enforced by its owner.” The Circuit Court agreed and dismissed US Bank’s complaint for want of standing. US Bank successfully appealed that order.

In reversing the dismissal, the Fourth DCA explained that although the HELOC was a non-negotiable instrument, an assignee of a non-negotiable instrument still obtained “all the rights of the assignor … ” Since MEB received its ownership interest from the loan originator, MEB’s trustee clearly had the authority to foreclose. The Court also concluded US Bank could initiate the foreclosure on behalf of MEB as MEB’s trustee and the fact US Bank’s servicer verified the complaint was a non-issue.

The Court explained: “The servicer’s involvement does not diminish the authority of the holder to foreclose.” The Fourth DCA held the Circuit Court committed reversible error by dismissing the case, since US Bank had standing to foreclose the HELOC and mortgage.

This article appears courtesy of the law form of Diaz Anselmo & Associates PA.