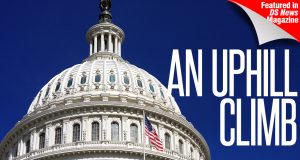 In late January, Sen. Mike Crapo, the Chairman of the Senate Banking Committee, released a Housing Reform Outline. The two over-arching goals presented were: make housing more affordable and protect taxpayers. The outline addresses five topics: guarantors, regulation of the guarantors, Ginnie Mae’s (new) role, the requirements necessary to transition to the new system, and a new plan to deal with affordable housing.

Before laying out the numerous reasons why the Housing Reform Outline is flawed, a muchabbreviated review of Congress’ past efforts to make housing more affordable and protect taxpayers is in order (spoiler alert: they have all failed).

Let’s start in 1954 when Congress first authorized the Federal Housing Administration (FHA) to insure 30-year mortgages for the purchase of existing homes. Back then, the median home sold for about twice median income, the homeownership rate was about 60 percent, and foreclosures were virtually non-existent.

Flash-forward to 1992 when the median home sold for 2.85 times median income, foreclosures were once again common (for example, the percentage of FHA loans in foreclosure was 7 times higher in 1992 than in 1954), and, while the home-ownership rate was up to about 64 percent, this increasingly required two incomes.

Why focus on 1992? That was the year Congress passed the Safety and Soundness Act covering Fannie Mae and Freddie Mac (the GSEs). This act instigated a congressionally mandated explosion in leverage. Since 1995, we have had two gigantic housing booms. The first began in 1995 and crashed in 2006. The second began in 2012 and continues to grow.

The Affordable Housing (AH) Mandates in the 1992 Safety and Soundness Act forced the GSEs to abandon their traditional role as the secondary market for prime loans and instead required them to go into direct competition with both FHA—then the government’s subprime lender—and private subprime lending. In 1992, the GSEs’ purchase loan stress event mortgage risk index (MRI) was 36 percent of FHA’s MRI in the same year. By 2007, the GSEs’ MRI had risen so it was now 80 percent of FHA’s 1992 rate. Congress had accomplished its unstated goal—it now had multiple subprime government mortgage insurers, all with the goal of making homes more “affordable.”

However, Congress’ effort to make housing more affordable backfired; it had made them less affordable. The home-price-to-income ratio had risen from a reasonably affordable 2.85 in 1992 to an unaffordable 4.07 in Q1 2006. Further, the homeownership rate was now in a free-fall as millions of homes financed with unsustainable loans were foreclosed upon.

Congress decided to double down. In 2008, it passed the Housing and Economic Recovery Act, which strengthened the GSE AH Mandates and gave the Federal Housing Finance Agency (FHFA), the GSEs’ new regulator, expanded powers to set GSE underwriting policy. Then, in 2010, it passed the Dodd-Frank Act, which gave substantial power over the mortgage market to the newly created Consumer Financial Protection Bureau (CFPB).

By Q1 2012, the house-price-to-income ratio had returned to a more normal level of 2.93. In January 2013, using its newly minted powers under the Dodd-Frank Act, the CFPB exempted government agencies from key parts of its Ability to Repay rule. As my colleague Peter Wallison and I observed at the time, it was entirely foreseeable that this action would launch yet another unsustainable home price boom. By Q3 2018, the house-price-to-income ratio was back up to 3.51 and heading higher.

These policies have driven up the price of low- and low-medium priced (largely entrylevel) homes the fastest. Since Q4 2012, prices of these homes have increased by 47 percent compared to 28 percent for medium-high and high-priced (largely move-up) homes. Said another way, entry-level buyers are now paying about an extra $21,000 to buy a low- or lowmedium priced home.

As the chart below demonstrates, congressionally mandated credit loosening fueled these two booms, thereby making homes less, not more affordable. The parallels between these two housing policy-induced booms are striking.

Given this history, let us now return to Senator Crapo’s outline to examine its flaws. First, it provides an explicit federal guarantee for all (FHFA) approved guarantors. This not only puts the taxpayers even more on the hook for losses, it has the potential to expand the scope of federal mortgage guarantees outstanding beyond the already massive $6.7 trillion. History teaches us that whenever a federal full faith and credit imprimatur is extended, moral hazard results, with taxpayers the likely losers.

Second, this proposal provides a further expansion of the federal government’s role and control of residential mortgage finance, rather than a reduction of that role and control. It accomplishes this by privatizing Fannie Mae and Freddie Mac and setting them up as guarantors benefiting from the new explicit imprimatur. The GSEs enter the market with the inherent advantages of ongoing companies that have been operating in the sector for decades. Any and all other would-be guarantors would be starting from zero, almost assuring few, if any, competitors.

Third, the newly proposed solution for affordable housing creates the same problems that the existing structure does—namely, merely substituting one type of subsidy for another. While eliminating the affordable housing goals and duty-to-serve rules is common sense for the reasons noted earlier, its proposed replacement, the Market Access Fund, suffers from the same flaws. Both approaches add leverage and thereby exert upward pressure on house prices, particularly, as noted, for entry-level buyers. It bears repeating: these affordable housing policies make homes less, not more affordable.

A fourth flaw is setting Ginnie Mae up as operator of the securitization platform. By all accounts, Ginnie already faces serious operational difficulties and is in need of a major systems makeover. These include serious upgrades to its platform; an issuer portal; a more robust counterparty risk-management program; and upgraded safeguards against issuer failures. Is Ginnie Mae really up to the assigned task, which would likely quadruple its issuances? How much time and money will have to be spent to get Ginnie Mae fully up to speed?

Last, the proposed new structure will cause Ginnie Mae securities prices to decline and FHA rates to rise if the explicit government guarantee—now exclusive to Ginnie Mae securities—is extended to all securities issued by all approved guarantors. Suddenly, the guaranteed market grows nearly threefold but at the expense of FHA borrowers. This may well lead to unseen economic consequences.

Given the past congressional failures already noted, an appropriate path forward is to use the tools already granted to the administration and regulators to address the many failings of the current governmentcentric approach. This could be done by the Treasury Department working with the FHFA, the FHA, and the CFPB.

With respect to the GSEs, the FHFA director/conservator might make the following additions/revisions to the GSE Single-Family Scorecard for 2019:

»» Tightened GSE underwriting on primary purchase homes so as not to compete with FHA. This includes not acquiring high CLTV (greater than 95 percent) and high debt-to-income (greater than 43 percent) loans.

»» GSEs to submit justification for all program and product expansion approvals that have been given while in conservatorship. Those that compete with the private sector should be terminated.

»» FHA and the CFPB have their respective roles also. In short, they need to end or revise policies that are procyclical during home price booms. In sum, there’s nothing new in this latest effort to restructure the mortgage finance system. It will not eliminate or reduce the amount or cost of the federal government’s debt. Neither will it reduce moral hazard or promote financial stability. It will certainly not assist low- and moderate-income households by making homeownership more affordable.

Given the past failures of congressional action, the obvious solution is to take measured and deliberate administrative action now to implement GSE reform. In five years, the government’s role will have been substantially reduced without any significant market disruption. At that point, a reasonable legislative solution that helps first-time buyers and protects taxpayers will be more visible and doable legislatively.

American Enterprise Institute (AEI) Resident Fellow Edward J. Pinto is the Co-Director of AEI’s Center on Housing Markets and Finance. He is currently researching policy options for rebuilding the U.S. housing finance sector and specializes in the effect of government housing policies on mortgages, foreclosures, and on the availability of affordable housing for working-class families.

Tom Lamalfa has spent the past 40 years studying mortgage finance as a researcher, analyst, and consultant. Past interests have included the revenue and expense structures of the various mortgage production channels, mortgage brokers, the GSEs, and the domestic economy. He has been a longtime champion of GSE reform and follows legislative developments in Washington, D.C. LaMalfa’s firm, TSL Consulting, specializes in survey research.