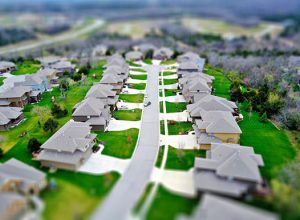 Nationwide, existing home sales dropped from February to March, but all major regions of the country experienced year-over-year gains, according to the National Association of Realtors (NAR).

It's important to note that at this time last year homebuying came to a halt, or at least a pause, due to pandemic stay-home orders and recommendations.

Overall, completed transactions that include single-family homes, townhomes, condominiums, and co-ops, decreased 3.7% from February to a seasonally-adjusted annual rate of 6.01 million in March, NAR reported. Total sales climbed year-over-year, up from 5.35 million in March 2020 or 12.3%.

Despite several obstacles, the only thing that seems to be slowing home shoppers is the short supply of available properties on the market.

"The sales for March would have been measurably higher, had there been more inventory," he added. "Days-on-market are swift, multiple offers are prevalent, and buyer confidence is rising."

By the end of March, housing inventory totaled 1.07 million units, which is a 3.9% increase from February, but down 28.2% from one year ago (1.49 million). Unsold inventory sits at a 2.1-month supply, modestly up from February's 2.0-month supply and down from the 3.3-month supply recorded in March 2020.

Inventory numbers have hovered around record lows since at least 1982 when NAR began tracking the single-family home supply.

Yun remarked that the depleted supply could ultimately exacerbate wealth division among homeowners in this country.

"Without an increase in supply, the society wealth division will widen with homeowners enjoying sizable equity gains while renters will struggle to become homeowners," Yun said.

Yun said although mortgage rates have inched up, they remain at a favorable level. Plus, he says, the economic outlook is promising.

"At least half of the adult population has received a COVID-19 vaccination, according to reports, and recent housing starts and job creation data show encouraging dynamics of more supply and strong demand in the housing sector."

Distressed sales represented less than 1% of sales in March, equal to February’s percentage but down from 3% in March one year ago. This, of course, is a result of COVID-related foreclosure moratoria, forbearances programs and other allowances to assist struggling borrowers and their servicers.

While negative equity has dipped nationwide in the second quarter, the average U.S. homeowner has netted an average gain of $51,500 since Q2 of 2020.