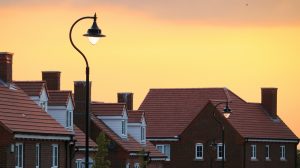 Monday brings the results of the latest Forbearance and Call Volume Survey from the Mortgage Bankers Association (MBA), and with it, will the total number of loans in forbearance slide for an eighth straight week?

With an estimated 2.3 million homeowners currently in forbearance plans, data found that the number of loans in forbearance reached 4.50% last week, down 16 basis points over the previous week. The U.S. Department of Labor reported that for the week ending April 17, unemployment claims slid to 547,000, a decrease of 39,000 from the previous week, marking the lowest level of initial claims since March 14, 2020 when it was 256,000.

“Combined with the homeowner assistance and stimulus payments that many households are receiving, we expect that the forbearance numbers will continue to decline in the months ahead, as more individuals regain employment,” said Mike Fratantoni, MBA’s Senior Vice President and Chief Economist.

As more and more Americans return to the workforce, the servicing sector will pick up steam in guiding the nation’s homeowners out of the forbearance process.