The rise in profit and profit margins in Q1 came as the national median home price decreased 2% from Q4 of 2020, to $275,000, but remained 16% higher than where it stood one year ago. Median values, measured annually, rose in 97% of markets around the country, jumping by at least 10% in more than three-quarters of them.

“The latest data on home prices and seller profits across the U.S. provide the latest markers of how the U.S. housing market keeps roaring ahead even as major parts of the broader economy try to overcome the impact of the pandemic,” said Todd Teta, Chief Product Officer at ATTOM Data Solutions. “However, the market did take a break from rising prices in the first quarter of 2021, and while that’s not unusual for the beginning of the year, it’s definitely something to keep on eye on as we move into the spring buying season. The next few months will speak huge volumes about whether the market keeps barreling ahead. For now, though, sellers remain in the driver’s seat, ringing up great profits.” 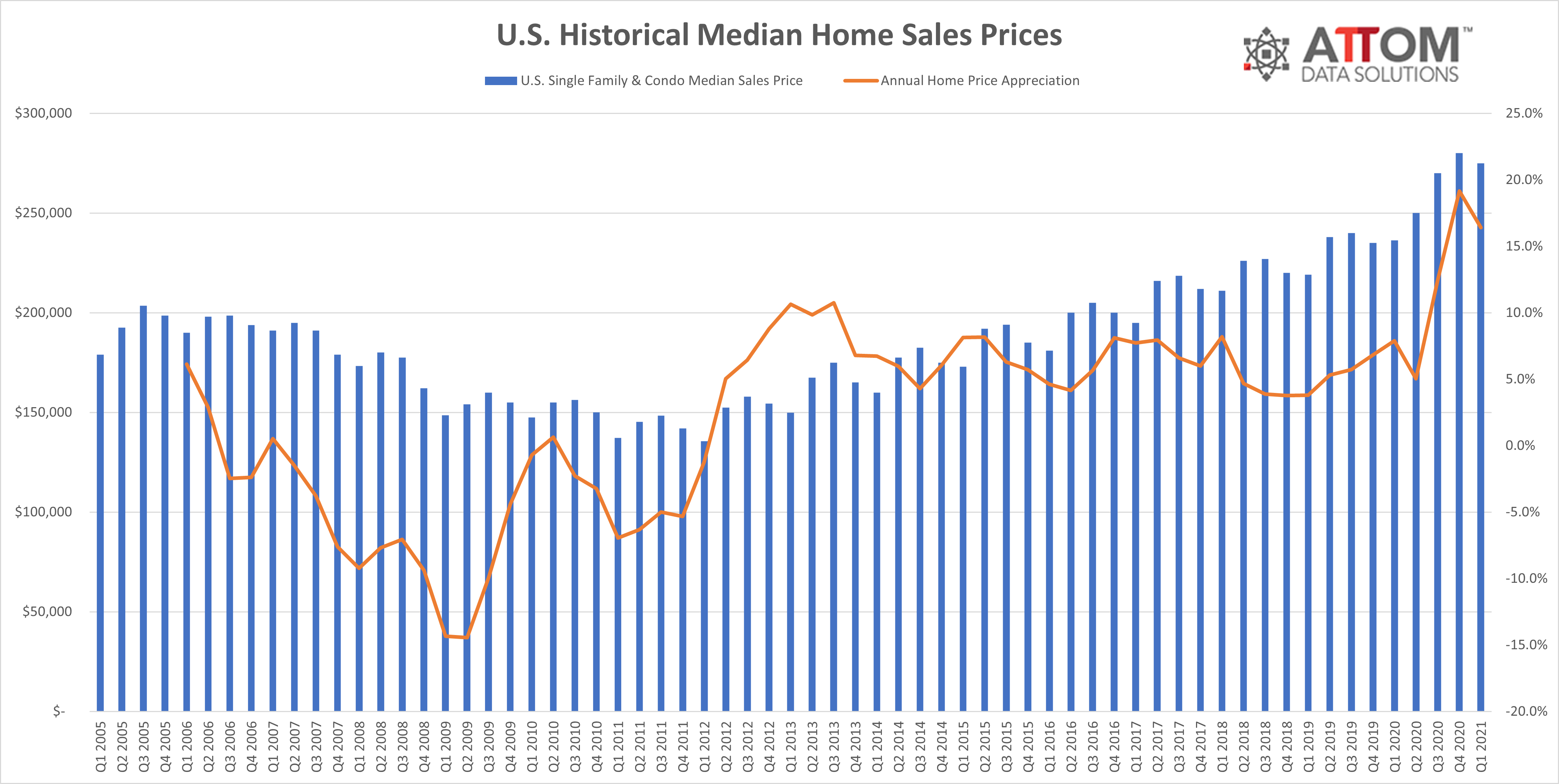 The biggest year-over-year increases in median home prices during the first quarter of 2021 came in Crestview-Fort Walton Beach, Florida (up 38%); East Stroudsburg, Pennsylvania (up 34%); Montgomery, Alabama (up 33%); Ocean City, New Jersey (up 31%); and Mobile, Alabama (up 31%).

The largest year-over-year declines in median prices during Q1 were found in Pittsburgh (down 10%); Harrisburg, Pennsylvania (down 2%); Charleston, South Carolina (down 2%); Santa Rosa, California (down less than 1%); and Brownsville, Texas (up less than 1%).

Today’s consumers expect a proactive approach to delivering the innovative products and services they need.