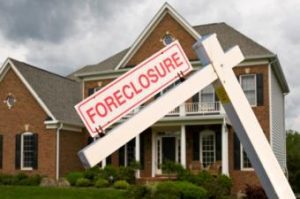 The Mcallen-Edinburg-Mission, Texas metro tops ClearCapital’s list with a forecast HPI of 80.95 and a forecast growth of 2.94%. The Mcallen-Edinburg-Mission metro’s current REO saturation is at 1.62%, relatively low compared to other metros on the list. Las Vegas-Henderson-Paradise, Nevada and Akron, Ohio take the second and third spot, with REO saturation of 10.18 percent and 14.72 percent, respectively.

Rochester, New York is ranked as the bottom metro by forecast growth. ClearCapital notes a 92.89 forecast HPI and an HPI Index Growth -4.49% in this metro and an REO saturation according to the report of 10.63%.

Many metroes in the bottom ten and top ten lists hold REO saturations of over 10%. Baltimore-Columbia-Towson, Maryland holds the highest listed REO saturation at 16.52%, followed by the St. Louis metro at 15.25% and the Chicago metro area at 15.35%.

According to First American, California leads the nation for potential home buyers, as four cities—San Jose, Los Angeles, San Francisco and San Diego—where among six whose RHPI decreased and affordability increased. First American calculations of realtor.com in February 2019 show that the number of listings in San Jose, Seattle and San Francisco increased 124%, 89% and 53%, respectively, from 2018.