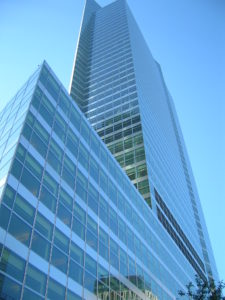 Goldman Sachs successfully completed about 77% of the $1.8 billion in consumer relief it is obligated to provide under its two mortgage-backed securities settlements with the U.S. Department of Justice and three states, according to a report by the independent monitor of settlements.

The report, commissioned by professional mediator and retired Boston University law professor Eric Green, found that Goldman Sachs surpassed the minimum amount of consumer relief in each of the settling states of California, Illinois, and New York.

Green, who was assisted by a team of finance, accounting, and legal professionals, was named an independent monitor by the settling states for determining whether Goldman Sachs fulfilled its consumer-relief obligations.

Since March 1, Goldman Sachs forgave the balances due on 819 first-lien mortgage, for total principal forgiveness of approximately $85 million. The company also forgave amounts due and previously deferred on 30 first-lien mortgages of more than $4.2 million.

The report adds that Goldman Sachs received credit related to an agreement allowing the lender to defer until a later date on the repayment of the principal due on 58 mortgage loans, totaling more than $4 million.

Altogether, the total reportable credit of all items is approximately $92.5 million.

“A little more than three years after the settlement agreements were signed, Goldman Sachs appears to be approximately 77% toward completing its consumer relief obligations," Green said in the report.  "While Goldman Sachs has not yet provided a submission specifically claiming that it has met any of the credit minimums under the Global Settlement Agreement, the data suggest that Goldman Sachs has now exceeded the minimum amount of credit that must be earned in each of the three settling states of California, Illinois, and New York."

The modified first-lien mortgages are spread across 45 states and the District of Columbia, with 33% of the credit located in the settling areas. Forty-seven percent of the credit was located in the “hardest hit areas,” or areas identified by HUD for containing large sections of distressed properties and foreclosures.

Goldman Sachs also reached settlements with the National Credit Union Administration Board and the Federal Home Loan Banks of Chicago and Des Moines. The settlements state that Goldman Sachs agreed to provide a total of $5.06 billion, as well as $1.8 billion in consumer relief to be distributed by the end of January 2021.

Previous: Law Firms and Mortgage Servicers to Meet at Spring Summit
Next: Re-Evaluating the Traditional Appraisal