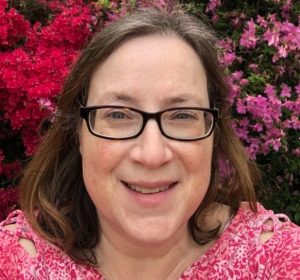 Julia Gordon has been confirmed by the U.S. Senate as Assistant Secretary of the U.S. Department of Housing & Urban Development (HUD) and Commissioner of the Federal Housing Administration (FHA).

Gordon was confirmed Wednesday evening by the full Senate by a 51-50 vote, a tie broken by Vice President Kamala Harris.

Originally nominated June 24, 2021 for the role of FHA Commissioner by President Joe Biden, Gordon most recently served as President of the National Community Stabilization Trust (NCST), a Washington, D.C.-based non-profit organization that facilitates the transfer of foreclosed and abandoned properties from financial institutions to local housing organizations to promote property reuse and neighborhood stability.

When Gordon’s nomination before the Senate Banking Committee ended in a tied vote in October, her nomination to the full Senate for a vote never occurred before the close of 2021, thus forcing President Biden to re-nominate her again.

Gordon previously served as Senior Director of Housing and Consumer Finance at the Center for American Progress, manager of the Single-Family Policy team at the Federal Housing Finance Agency (FHFA), and Senior Policy Counsel at the Center for Responsible Lending (CRL).

“The Board and staff would like to thank Julia for her significant contributions to NCST,” said Andrew Jakabovics, NCST Board Chair. “In six-and-a-half years at the organization, Julia has helped launch multiple new projects, including a highly successful federal policy advocacy initiative and an innovative loan fund to support single-family redevelopment. With a steady hand and positive attitude, she successfully shepherded NCST through the pandemic when the foreclosure moratoria instituted to help homeowners had a severe budget impact on the organization. NCST has greatly benefited from Julia’s unwavering commitment to equitable, affordable homeownership and creating stronger neighborhoods for all, and we are confident that she will bring invaluable leadership and vision to HUD just as she has to NCST.”

Sen. Sherrod Brown, Chair of the Senate Committee on Banking, Housing, and Urban Affairs, said, “I congratulate Julia Gordon on her confirmation. With decades of experience and support from every corner of the housing community, she has the expertise to help keep families in their homes and to make housing more affordable for everyone. I look forward to working with Ms. Gordon to address housing challenges big and small, and to make real progress toward fairness and equity in our communities.”

Industry reaction overwhelmingly praised the confirmation of Gordon, as many weighed in on the new FHA Commissioner:

Opposing the confirmation before the full Senate Hearing was U.S. Senate Banking Committee Ranking Member Pat Toomey, who urged his colleagues to oppose Gordon’s nomination. Sen. Toomey cited public statements made by Gordon in the past denigrating the police and disparaging elected officials, noting that her anti-police views and hostility toward those with different political views should disqualify her from holding a senior leadership position at HUD.

“Unfortunately, we don’t know the full extent of Ms. Gordon’s public statements because she deleted some of her previously public tweets before being nominated,” said Sen. Toomey. “I asked her to try to recover her deleted tweets from Twitter, but she refused to comply with this reasonable request. It makes you wonder: What does she have to hide? During the nomination process, Ms. Gordon has tried to walk back her past statements. But I think we should focus on what she said before she was nominated and was seeking the Senate’s approval.”

Sen. Toomey continued, “If Ms. Gordon’s anti-police views and hostility toward one party are not sufficient for some of my colleagues to oppose her, I urge them to look at her record on housing policy. Despite record home and rental prices, Ms. Gordon advocates for throwing more taxpayer money at the housing market.