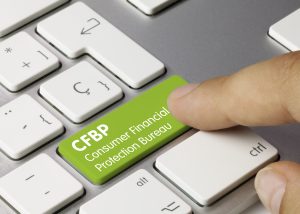 The Consumer Financial Protection Bureau (CFPB) has issued a new interpretive rule that describes individual states’ authorities to pursue lawbreaking companies and individuals that violate the provisions of federal consumer financial protection law. This announcement is part of the CFPB’s expansion of its efforts to support state enforcement activity.

“In the years leading up to the financial crisis, federal regulators undermined states seeking to protect families and businesses from abuses in the mortgage market,” said Rohit Chopra, the CFPB Director. “Our action today demonstrates our commitment to promoting state enforcement, not suffocating it.”

Congress created the CFPB in 2010 through the passage of the Consumer Financial Protection Act as it recognized the role of states in “protecting consumers from financial fraud, scams, and other wrongdoing.” Through this act, Congress broadly restricted the ability of federal banking regulators to preempt state consumer financial protections.

Additionally, Congress enhanced states’ enforcement abilities so that both state attorneys general and state regulators can enforce CFPB provisions. In the 12 years since the CFPB was created, states have used it in 33 public enforcement actions to protect consumers. Some of those 33 cases were conducted with the help of the CPFB, while others were brought by an individual state or multi-state group.

This interpretive rule is meant to be used in addition to other collaboration and cooperation efforts between the CFPB and states. The CFPB has memoranda of understanding to promote and enable these efforts with over 20 state attorney general offices, as well as regulators in all fifty states, the District of Columbia, and Puerto Rico.

According to the CFPB, the key takeaways from the interpretive rule include: