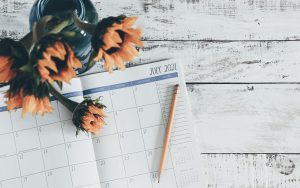 An analysis by QuoteWizard, a LendingTree company, of American homeowners and renters has found that an increasing number are growing more concerned of keeping a roof over their head as foreclosure moratoria dates grown closer and unemployment levels remain unstable.

According to Nick VinZant, Senior Research Analyst and Insurance Expert at QuoteWizard, one in four are worried they will face foreclosure or eviction in the next two months.

“Nationwide, housing costs have risen by nearly 70% in the last decade,” said VinZant in the report. “Income, meanwhile, is up only 30% over the same time period. Combine this disparity with record pandemic unemployment and we have a situation where housing has simply become unaffordable for many people.”

Back in February, President Joe Biden coordinated an extension and expansion of forbearance and foreclosure relief programs to assist struggling homeowners by:

The top 10 states with the percentage of people facing foreclosure includes:

With regulators and servicers putting plans in place to assist struggling borrowers, the deadline for foreclosure moratoria to be lifted looms as many are still behind on their mortgages. The QuoteWizard study found that the top 10 states with the percentage of people behind on mortgage payments includes:

The threat of eviction looms even larger, according to the report, which found that 11 states include more than 25% of individuals who are worried they won’t be able to afford rent in the next two months.

The study found the top 10 states with the percentage of individuals facing eviction includes:

In terms of racial divide, the report found that people of color are having a harder time paying their mortgages, with Asian, Black, and Hispanic communities two to three times more likely facing foreclosure or behind on their mortgage payments than white communities. White communities, though, faced a similar struggle when it came to paying rent, with more than 45% of both white and Black communities concerned that they’ll be evicted in the next two months.

Click here to read the full report, "The Rising Fear of Eviction or Foreclosure" by Nick VinZant.