The Lingering Impact of Harvey on Houston’s Housing Market 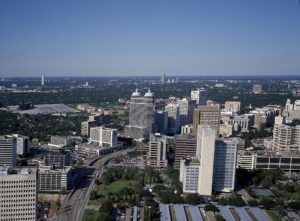 The Houston housing market was a mixed bag in 2017. Listings were up, but sales prices were down from May that year through August, which is when Hurricane Harvey made landfall and flooded the city.

Nine months later, a study by Realtor.com shows that Houston's housing market is still a mixed bag, just in a different way.

“After the hurricane, new inventory evaporated,” the report states. “As time has passed, buyer interest has returned, especially in flood-affected areas. These changes have quickened the pace of sales and pushed home prices higher, restoring the market to normal and tipping the balance back towards a sellers-market.”

Recovery, however, has picked up.

“Starting in March and continuing through May,” the report stated, “we see overall inventory moving quickly again. In fact, in a nod toward normalcy, homes are moving off of the market faster than they did last spring.”

In the most affected areas of Harris County, home price growth that was in double digits before Harvey has only risen to 2 percent since, according to the report. But, when Realtor.com compared people looking to move to Houston versus those looking to move out, the trend towards moving to the city has been growing.

At the end of Q4, the report states, inbound home seekers made up about 45 percent of the market. By the end of Q1, that number increased to 54 percent. Most of the Houston buyers looking outside the city itself didn't stray too far. Nearby Beaumont was a big draw, as was the Gulf Coast city of Corpus Christi.

Houston shoppers looking for property outside of Texas favored New Orleans, which was also true for Houston emigrants before Harvey, according to the report. Florida, however, gained a lot of interest from people looking outside of Houston.

Miami moved from fifth most popular to second most popular, and Orlando and Tampa replaced Los Angeles and Chicago as top-viewed destinations,” the report states. Within Texas, but oustide the Houston area, Dallas and Austin have seen a bigger share of interest from Houstonians these past nine months.

To learn more about the impact of Hurricane Harvey on the housing market, click here.

Previous: Technology and the State of Housing
Next: ‘Improving Transparency and Accountability at CFPB’