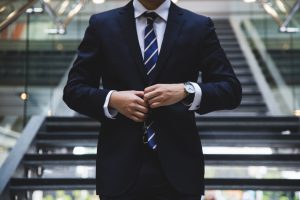 The Federal Housing Finance Agency (FHFA) Friday issued a Request for Input (RFI) on executive compensation ​at the regulated entities: Fannie Mae and Freddie Mac, the government-sponsored enterprises, as well as the Federal Home Loan Banks (the FHLBanks). The FHFA says the information it is requesting will enhance the agency's oversight of executive compensation as required by the Housing and Community Development Act of 1992 and the Housing and Economic Recovery Act of 2008.

FHFA notes that the request for information poses 25 questions designed to enhance FHFA's ability to fulfill its statutory responsibilities to ensure that the regulated entities operate in a safe and sound manner and fulfill their statutory missions while limiting executive officers to reasonable and comparable compensation, considering relevant factors including their status as government-sponsored enterprises, their public missions, and their obligation to operate and carry out their activities in the public interest.

The last time FHFA reviewed executive compensation at the enterprises was in 2012, according to an FHFA press release.

"The information gathered from the request for information will help FHFA ensure transparent and appropriate executive compensation policies at the regulated entities, Director Mark Calabria said. "Compensation policies must balance the need for FHFA’s regulated entities to attract and retain talent while focusing on and fulfilling their core mission responsibilities. This review will be done in a way that emphasizes safety and soundness, protects taxpayers, and enhances financial stability in the housing system.”

In general, the board of directors of each GSE and FHLBank is authorized to fix the compensation of its executive officers, an authority overseen by FHFA.

The FHFA, however, is required to prohibit its regulated entities from providing compensation that is not "reasonable and comparable" with that of employment in similar companies involving similar duties, according to background provided by FHFA.

In carrying out its responsibility, FHFA "may consider any factor determined to be relevant but is prohibited from prescribing or setting a specific level or range of compensation."

The full background is provided in the request for input.

According to the request, commenters are encouraged to note, as appropriate, distinctions and similarities between the GSEs and FHLBanks and between the current and post-conservatorship status of Fannie and Freddie.

FHFA invites feedback on all aspects of the RFI no later than August 9, 2021. Comments should be submitted electronically or via mail to the Federal Housing Finance Agency, Office of the Director, 400 7th Street, S.W., 10th floor, Washington, D.C., 20219.