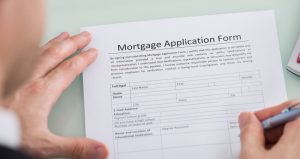 Despite very low and steadily holding mortgage rates, overall rate locks—particularly rate/term refinances—were still down across the board in May, due primarily to low inventory, according to the latest Black Knight Originations Market Monitor report.

"Though interest rate offerings trended downward across all mortgage products in May, overall rate locks were still down across the board," said Black Knight Secondary Marketing Technologies President Scott Happ. "The severity of shortages in for-sale inventory seems to be a key driver behind the 3.4% decline in purchase locks from April, but the dip in refinance locks seems to have more to do with borrower psychology. Certainly, February's rise in rates drained some of the excitement in the market, but despite significant increases in refinance incentive since then, refinance activity simply hasn't rebounded as expected."

May data showed a decrease of 4.7% from April for overall rate locks. Refinance locks were down a more-pronounced 8.2%, according to the report.

The refinance share of the market dipped in May fell to 44% of the month's origination activity. On an annual basis, only rate/term refinance lending is down from last April (down 45%), whereas both cash-outs and purchase loans are up year-over-year, 32% and 43%, respectively.

"As interest rates declined from March through May, refinance incentive rose by 15%," Happ continued. "This brought the number of high-quality refi candidates in the market to over 14 million as of the end of May, but rate lock volume has failed to keep pace. Refinance rate locks are instead down 27% over the same time frame, decelerating in what would otherwise be a time of expected acceleration."

What follows is a few more key takeaways from the report on May activity, which is available in full on Black Knight's website, here.