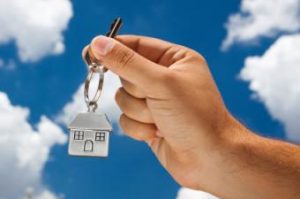 Is the housing market beginning to see a slowdown?

According to Redfin’s latest housing market update, home purchase applications have been tailing off since late March, and are now 7% below their average levels in January and February 2020, despite low mortgage rates and easing access to credit.

The cooling market is also reflected in a four-week decline in pending sales, and a drop in Redfin's demand index, which was down 12% from its late-March peak.

"Homebuyers may have found a better way to spend Memorial Day weekend than touring homes, but most have not exited the market entirely," said Redfin Lead Economist Taylor Marr. "Buyers have faced a tough market this year and fewer feel it is a good time to buy as the allure of low rates has waned, so some are choosing to wait it out for now. With demand stabilizing, the housing market should become more balanced, allowing homebuyers to have a less stressful and challenging time finding and competing for a home."

For its analysis, Redfin examined 400+ U.S. metro areas for the four-week period ending June 6, and during that time, the median home-sale price increased 24% year-over-year to $358,749, a record high for this metric. Asking prices of newly-listed homes also hit a new all-time high of $364,725, up 14% from the same time a year ago. 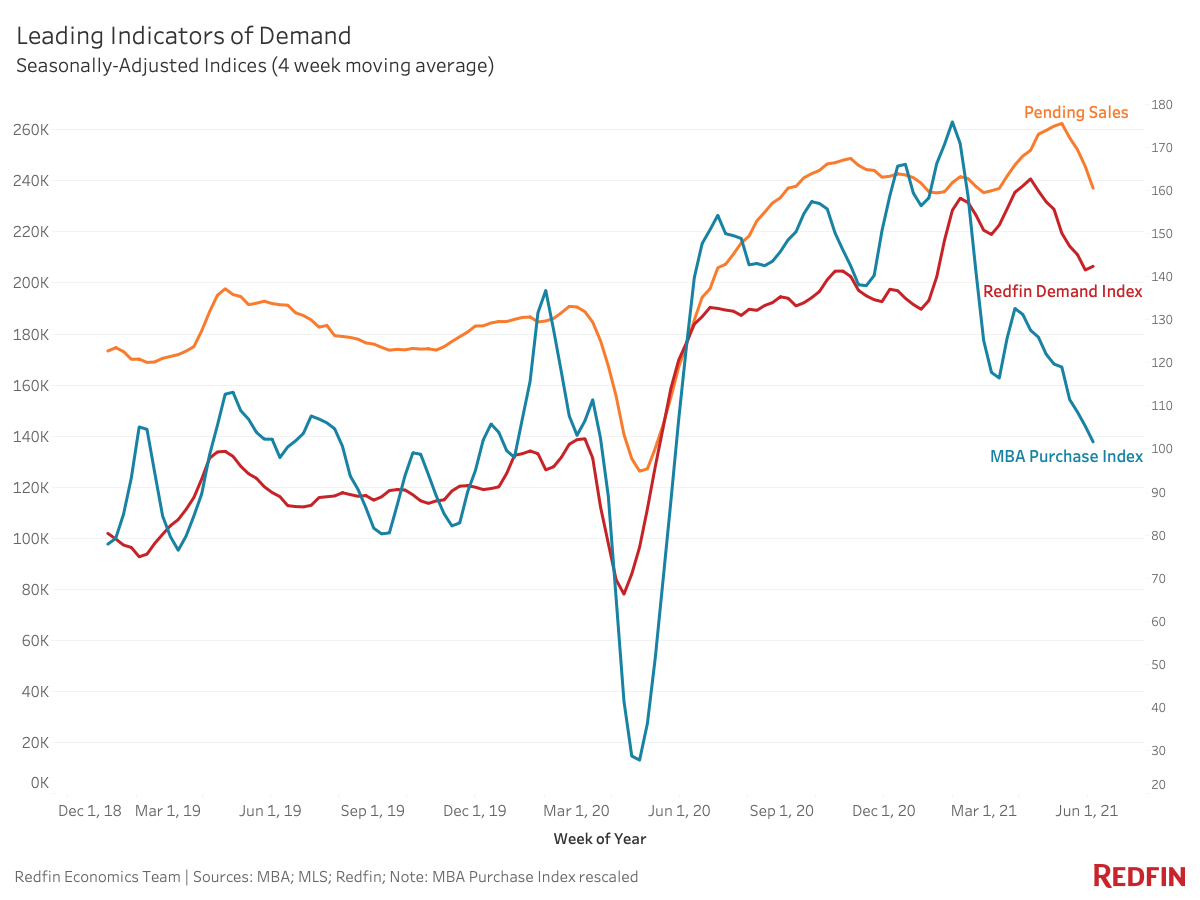 "While the market has not come to a full stop, we are seeing signs of yielding," said Westchester County, New York Redfin Real Estate Agent Candice Smith. "Buyers are winning bidding wars with offers that are $60,000 or less over asking prices; just a month ago in similar situations, they had to go $100,000 or more over asking. Bidding wars are still the norm, but the number of competing offers have been cut in half from around 17 to about eight. Homebuyers still need to be strategically creative when submitting their highest and best offer, which involves methods like offering to cover an appraisal gap upfront, dropping the appraisal or mortgage contingency altogether or adding escalation clauses."

Home equity too was a bright spot for mortgage holders in Q1, as CoreLogic’s Q1 Homeowner Equity Report found that U.S. homeowners saw their equity increase by 19.6% year-over-year, representing a collective equity gain of over $1.9 trillion, and an average gain of $33,400 per borrower, since Q1 of 2020.

Short supply is catching up with the market as well, as Redfin reported active listings falling 37% from 2020, and have been relatively flat since late February. Speed too is playing a factor with many having just days to decide to make a purchase, as 56% of homes that went under contract had an accepted offer within the first two weeks on the market, well above the 43% rate during the same period a year ago. A record 53% of these homes sold above their list price, up from 25% a year earlier. Redfin found that the average sale-to-list price ratio, which measures how close homes are selling to their asking prices, increased to 102.1%—3.7 percentage points higher than a year earlier and an all-time high.

Last week, the Mortgage Bankers Association’s (MBA) latest Weekly Mortgage Applications Survey found that mortgage application volume was on the decline, dropping 3.1% from the previous week, with even refis taking a slight hit, sliding from 61.3% of the share of mortgage activity to 60.4% of total applications.