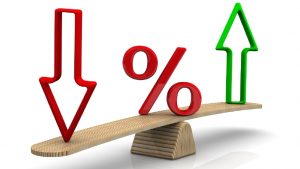 As Americans continue to be confused by the storm of seemingly contradictory news, data, and forecasts on the housing market’s future, consumers are still witnessing record monthly price increases, and inventories continue to record never-before-seen lows, a seeming positive for values going forward, according to Ed Pinto, Director of the American Enterprise Institute’s Housing Center.

Existing home sales, though down from the blockbuster heights of early this year, are still running close to the strong numbers posted in late 2019.

Put simply, the current housing stats still look good. In minus column, the confluence of the 40% run-up in values since the onset of the pandemic and a sudden, near-doubling of mortgage rates from last fall to 6.07% in late June is spreading fears that home ownership has gotten so unaffordable, for such broad swath of America, that demand will collapse.

If the strain from bigger prices and higher rates makes buyers retreat en masse, it could take a sharp fall in prices to move them off the sidelines. In a recent note, the Dallas Fed warns that in a number of markets, huge ratios of prices to rents, traditionally a strong sign of unsustainably inflated values, point to bubbles that are poised to pop.

The most likely outcome is that that the super-hot appreciation we’ve seen through May will cool rapidly for the rest of the year. That shift marks a major reversal from a trajectory of year over year increases that kept getting bigger by the month. But a slowdown in gains isn’t the same as a drop in prices. Quite the contrary: The fundamentals suggest values will still be rising at the close of 2022, and keep slogging ahead through next year.

The outlook will be extremely uneven: In many metros, appreciation by the close of 2022 will be trailing what promises to be stubbornly high inflation, meaning homeowners, notably in the high price brackets, will be suffering the first “real” declines on their ranches and colonials in a decade or more.

“Overall, the best summary is that we’ll move from a gangbusters sellers’ market to a modest sellers’ market,” says Ed Pinto, director of the American Enterprise Institute’s Housing Center. Pinto adds a key caveat. A further spike in home loan rates, and or a deep recession that stokes a big jump in joblessness, could indeed send dollar prices downwards.

The steep slowdown in home price appreciation
According to the AEI’s numbers, what it calls overall “home price appreciation” or HPA was running at a strong 7% or so just before the COVID-19 outbreak. After a pause in the spring of 2020, HPA rode a moonshot. In virtually every month, prices leapfrogged their year over year increases in the previous month, hitting 13.5% in January of 2021, then peaking at 17.3% in both March and April of this year. In the May readings that the AEI released on June 21, the pace slackened only slightly to 17.0%. The shocker is the downshift Pinto sees in the months ahead.

The numbers through May are based on final sales. But AEI also collects data showing where prices are headed. The source is mortgage information service Optimal Blue, owned by Black Knight (soon to be part of Intercontinental Exchange). AEI studies the Optimal Blue purchase prices recorded when buyers obtain “rate locks” on their mortgages, and sign contracts of sale. On average, it takes six to seven weeks for the transactions to close. Hence, AEI can predict changes in values almost two months forward with virtually 100% reliability.

According to Pinto, the “rate lock” figures are forecasting a drop in HPA from 17% in May to 14.8% in June, and 12.2% in July. Keeping that trend in mind, Pinto reckons that by December, values will be waxing at around 6%, and growing at between 4% and 6% year over year in December of 2023. That longer-range outlook marks a reappraisal from Pinto’s view a few months ago.

Then, he posited that prices would be rising in low-double digits at year end, and still be clocking gains of nearly 10% at the close of 2023. “The big difference is the remarkably quick, unexpected jump in mortgage rates,” says Pinto. “The Fed made a 180 degree turn from spiking the punchbowl for three years through early 2022 to battling the inflation it caused by spiking the punchbowl. The huge rate increases it’s deploying to tame raging consumer prices has substantially weakened the outlook for housing.”

Where are housing market prices heading in 2022?
Pinto believes that higher borrowing costs will cause a middling rather than catastrophic drop in the ranks of purchasers. Nothing resembling a collapse has happened yet: The National Association of Realtors reports that existing sales ran at an annualized rate of 5.4 million in May, well below the over 6 million at the start of 2022, but tracking the strong numbers from mid-2018 to early 2020. Pinto also cites tailwinds that counter the blowback from higher rates.

The job market remains strong, featuring just 3.5% unemployment and 11 million job openings. The work-from-home economy is empowering Americans to sell their houses in New York, Seattle or San Francisco, and buy a bigger, cheaper manses in Phoenix or Charlotte, driving up prices in those sunbelt hot spots that, by the way, remain far more affordable to the refugees than the coastal cities they’re leaving.

Rents nationwide are jumping at around 15% a year, making monthly apartment nut less of a bargain over the expense of owning a house. And even at 6%, mortgage rates sit well below the May CPI reading of 8.5%. “For a while at least, home owners are borrowing at negative ‘real’ rates,” says Pinto.

Pinto says that the number to watch, the metric that marks a buyers’ versus sellers’ market, is months of supply at the current selling rate. “That gauge has been around for decades, and it’s always reliable,” he says. “The reason is that it incorporates both the demand and supply sides.”

The ratio represents the number of months it would take to sell all homes currently on the market (supply) at the current pace of purchases (demand). Today, inventories across the U.S. are so incredibly low that at today’s slowing but still sturdy tempo of buying, the sparse stocks sell out incredibly fast. “The current number is one month,” said Pinto.

“That’s the time it’s taking for all the homes for sale to be bought.” He observes that before the pandemic-driven boom, the lowest number in at least fifteen years was 3.5 months in the 2005-2006 period prior to the Great Financial Crisis. “Then, prices were rising at the rip-roaring 10% a year,” Pinto said.

Historically, the housing picture is “balanced” at around six months of supply at the current rate of sales. “That’s the dividing line between a sellers’ and buyers’ market,” said Pinto. “In the 2009 to 2011 period where the market tanked, we had 12 months of supply. It’s a long way from today’s one month to the six month number that’s normal, let alone 12 months that unleashed a crash.” He points out that although six months “of supply” evens the scales for the U.S. as a whole, different price categories have different points of equilibrium. For the low end, it’s about four months.

“That’s because small houses and townhomes are more alike, a more uniform product, so they tend to sell quickly,” he says. By contrast, expensive homes vary far more in style and features––do you prefer a Tudor or a salt box, does the property feature a pool or a lot big enough to install one? “Buyers need to fall in like or love with diverse choices. It takes them longer to choose, and for a pricier house to sell,” he declares.

Pinto reckons that waning affordability will lessen the pace of purchases. Homes now going to contract in a month will sit unsold for longer. The combination of fewer shoppers and more for-sale signs will substantially raise this crucial ratio. By the close of 2022, Pinto could see supply at current rate of sales go to four months, and stay around that benchmark in 2023.

But four months is still a mild sellers’ market. Pinto says that a scenario where inventories sell out in four months, caused by a combination of fatter inventories and slower buying, more or less translates into a market generating 6% year over year price increases––his prediction for the end of 2022.

In many markets, inflation will outstrip housing prices
Pinto points out that many metros, especially in the sunbelt, will keep thriving even as overall appreciation slows substantially, while other locales where prices are already advancing sluggishly will register far below his 6% target. By December, sundry locales will be losing to inflation. He adds that certain prices ranges will get hit harder than others. The two most vulnerable: The low and high ends.

“The low end benefited most from the super-slender rates engineered by the Fed,” says Pinto. “That’s because buyers borrowed the largest share of the purchase price using mainly FHA loans. But a $350,000 house they looked at this time last year might be selling for $420,000 now, and they’d be paying 6% on a home loan instead of 3.5%. They just can’t afford to buy. So they rent instead. That leaves a house unsold, and removes potential buyers from the pool, hitting the bottom quintile of houses hard.”

What could go wrong to pummel housing?
“You can imagine an outcome where unemployment goes to 7%, and at the same time the money people have to pay for housing drops because they’re so stretched buying food and gas. If that happens, they couldn’t afford their mortgage payments, so they’d sell and rent or double up instead. You’d have a double hit, a house newly on the market, and a buyer who instead of ‘moving up’ leases an apartment, and is no longer part of demand.”

If that happens, the time it takes to sell out America’s housing inventory could swell from today’s one month to eight months. That shift would cause modest dollar price declines. “Then you’d have a true buyer’s market for the first time since the aftermath of the Great Financial Crisis,” said Pinto.

To read the entire Fortune article can be found here.