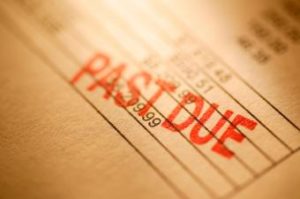 The FHFA also noted there were 326 short sales and deeds-in-lieu of foreclosure completed in April, a 5% decline from March.

The agency also reported on the GSEs’ mortgage performance during April, the 30-59 day delinquency rate reached 3.47% while the serious delinquency rate inched up to 0.68%. The number of third-party and foreclosure sales collapsed from 1,988 in March to 344 in April, an 83% tumble, although the FHFA noted this was due to the suspension of foreclosure activity in response to the COVID-19 pandemic.

Furthermore, the FHFA determined that April’s total refinance volume reached levels not seen in seven years. The agency attributed this activity to a steady decline in mortgage rates. The percentage of cash-out mortgages dropped from 36% in March to 30% in April.

April also saw 13 refinances completed through the High LTV Refinance Option, bringing total refinances through this channel to 32 since its inception earlier this year.

Fannie Mae and Freddie Mac completed 4.45 million foreclosure prevention actions since they were put into federal conservatorship in September 2008.

Separately, the FHFA announced last week that Fannie Mae and Freddie Mac would extend several of their loan origination flexibilities until August 31. The flexibilities, which were set to expire on July 31, include alternative appraisals on purchase and rate term refinance loans, alternative methods for documenting income and verifying employment before loan closing, and expanding the use of the power of attorney and remote online notarizations to assist with loan closings.