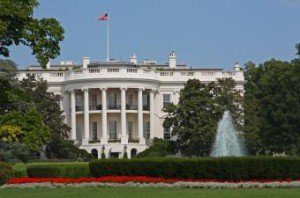 On Monday, President Donald Trump signaled to the Federal Reserve that he believes now is the best time to cut interest rates.

“Very inexpensive, in fact productive, to move now,” the President tweeted. “The Fed raised & tightened far too much & too fast.”

Bloomberg reports that Fed Chairman Jerome Powell is looking to ease interest rates by around a quarter of a percentage point at the July meeting. Earlier this year, Powell stated that though the economy remained strong, "crosscurrents, such as trade tensions and concerns about global growth, have been weighing on economic activity and the outlook."

Another cause of concern for the economy was the slowdown in fixed investment that may reflect concerns about trade tensions and slower growth in the global economy. "In addition, housing investment and manufacturing output declined in the first quarter and appear to have decreased again in the second quarter," Powell said.

Bloomberg recently reported that the President had compared the Fed to “a stubborn child,” and said that if the Fed “knew what it was doing” it would cut rates. He had also announced his intentions to nominate two potentially dovish members to the Fed, either of whom "might be a Fed chair pick for Trump when Powell’s term ends in 2022, assuming the president wins reelection next year," according to the Bloomberg report.

He also addressed the Fed's stance on the ongoing trade tensions while answering a question by Rep. Carolyn Maloney saying that no one should interpret what he said about trade headwinds as in any way a criticism of trade policy.

"We do not play a role in assessing or criticizing the trade policy, it is not something assigned to us. We react in principle to anything that affects our ability to achieve the core mandate goals assigned to us by Congress, which could call for a policy response," he said.