‘A Strong Shift In Housing Demand’ 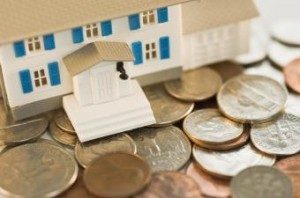 New home sales slipped 5.3 percent to 631,000 in June 2018, compared with the previous month. Yet they remained 2.4 percent above the same period last year, according to the latest data on the sales of new single-family houses released by the U.S. Census Bureau and the Department of Housing and Urban Development.

The data also indicated a rise in the inventory of new homes. Around 301,000 new homes were available for sale at the end of June representing a supply of 5.7 months at the current sales rate.

Tian Liu, Chief Economist at Genworth Mortgage Insurance agreed, saying that new home sales were driven by a "strong shift in housing demand toward owner-occupied housing, a lack of available alternatives in the previous-owned market, and historically-low construction for the past decade."

"The inventory of homes for sale also rose to the highest since May 2009 and months’ supply of 5.7 was the highest since August 2017," said Tendayi Kapfidze, Chief Economist at LendingTree. However, he pointed out that the 3-month average of 646,000 home sales was at the weakest level since February and coupled with weakness in existing home sales "may be signaling a peak in home sales."

"After disappointing news earlier on existing home sales and new construction, which raised concerns of a housing slowdown, new home sales were mixed," said Hale.  "Strong employment and moderate income growth are driving sales. If employment levels continue their current trajectory we expect to see new home sales growth continue for the rest of the year."

Kapfidze also pointed out to the margin pressure on homebuilders that likely affected the sale of new homes. "We had previously expected the tax cuts to improve builder margins by 10-15 percent, which we anticipated may have led builders to consider increasing activity at the lower end of the market where inventory challenges are particularly acute," Kapfidze said. "The tariffs may negate this benefit."

On the brighter side though, home prices have also fallen. "Although two months is hardly a trend if new home prices continue to fall it may indicate a shift towards what we have all been waiting for; new construction in entry-level price points," Hale said.