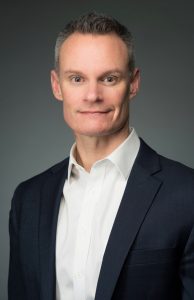 "We are excited to bring Jason on board. Given his background in both government and private sectors, Jason brings an impressive depth of cybersecurity knowledge to the role,” said Tim King, Chief Information Officer. “Jason’s leadership within the cybersecurity industry positions us to advance our security strategy against ever-changing risk landscapes to protect sensitive data of our company, our employees, our clients and their homeowners."

As the CISO, Shockey will be responsible for implementing the information security strategy and objectives, including strategies to monitor and address current and emerging risks, as well as building a strong cyber engineering function to enable digital transformation, the company said via a press release.

“I’m looking forward to working with the Corporate Security Office team and continuing the great progress they’ve made. My vision is to further integrate and align information security to the business strategy,” Shockey said.

Shockey has 22 years of experience in IT and global cybersecurity operations specializing in governance, risk management, compliance, IT operations, architecture, software engineering, and incident response. Before joining Cenlar, Jason was the CISO for Cyberpoint International.

In addition to his work in the private sector, Shockey has an extensive background in leading cybersecurity efforts for the U.S. Marine Corps and partnering with the intelligence community. He directed and guided cybersecurity operations, infrastructure development, and software engineering for Marine Corps Forces Cyberspace Command at Ft. Meade, MD. He led national level operations for the Cyber National Mission Force at Ft. Meade, MD, and served as a special liaison to the National Cyber Investigative Joint Task Force. He was selected by the Commander of U.S. Cyber Command to lead high performance teams consisting of world class cyber experts, scientists, engineers and national level defensive cyber professionals to characterize risk associated with unattributed, global emerging cyber threats.

Shockey received the 2014 Copernicus Award given by the U.S. Naval Institute and AFCEA International recognizing individuals who have made a significant, demonstrable contribution to naval warfare in command, control, communications, computers and intelligence (C4I).

Previous: Affordable Properties Remain Out of Reach
Next: The Way Back: A Return to In-Office Work