Home / Daily Dose / How Many Mortgages Are Now in Forbearance?

How Many Mortgages Are Now in Forbearance? 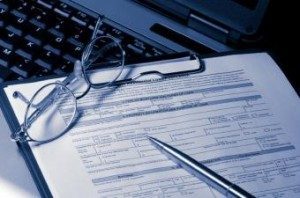 The ongoing COVID-19 pandemic and expiration of expanded unemployment benefits continue to represent significant uncertainty for the weeks ahead, according to researchers.

The number of mortgages in active forbearance dropped below the 4 million mark for the first time since May, according to new data from Black Knight Inc.’s McDash Flash Forbearance Tracker.

As of August 10, 3.9 million homeowners—or 7.4% of all active mortgages—were in forbearance, representing $852 billion in unpaid principal. This was down by 71,000 cases of mortgage forbearance from the previous week. Since the COVID-19 pandemic began, 73% of loans in active forbearance had their terms extended.

Over the past week, forbearance activity was in complete decline: 10% fewer new forbearance requests, almost 40% fewer renewals and 20% fewer removals from one week earlier. Black Knight observed that renewals are lagging from earlier in the month based on the number of expirations the occurred during the end of July, but added those numbers would normalize into August.

Black Knight also reported that approximately 5.4% of all government-sponsored enterprise-backed loans and 11.5% of all Federal Housing Administration and Department of Veterans Affairs loans are in forbearance plans., along with 7.9% of loans in private label securities or banks’ portfolios.

Among the investor classes, active forbearances were in downward motion across every major niche. Portfolio-held and private labeled security loans saw the quantity of decline in terms of volume (-36,000) and on a percentage basis (-3%). GSE loans in forbearance registered an 18,000 (-1%) drop and FHA/VA loans fell by 8,000 (-1%).

However, Black Knight was unwilling to affirm the data was evidence of an unstoppable trend, adding at the conclusion of its data report that “the ongoing COVID-19 pandemic around much of the country and the expiration of expanded unemployment benefits last month continue to represent significant uncertainty for the weeks ahead.”