Home / Daily Dose / Can Having Mortgage Debt be Good for You?

Can Having Mortgage Debt be Good for You? 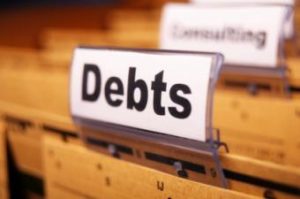 Is having debt a good thing?

A new study by LendingTree found a correlation between mortgage debt and life expectancy, as higher debt relative to income is linked to higher life expectancy.

“That trend reaffirms the idea that homeownership is ultimately a good thing—this is despite the fact that a mortgage is one of the biggest financial decisions and burdens a person will take on in their lifetime,” LendingTree states.

Island living pays off, as Hawaii's Kauai County has the highest life expectancy of the counties surveyed at 83.39 years. Homeowners in Kauai County  have an average of $93,019 of mortgage debt.

Homeowners in Madison County, New York, have an average of $45,071 of mortgage debt and a life expectancy of 82.32 years.

Three others Alabama counties—Talladega, Russell, and Etowah—had among the lowest life expectancies, but had mortgage debt of $32.627, $50,888, and $29,863, respectively.

Texas’ Polk County had the lowest average mortgage debt at $19,645. Life expectancy in that county is 74.24 years—lower than the national average of 80 years.

“The major exception is mortgages, which happens to be the only debt category which has the potential for value appreciation (though student loans can be used to increase income),” the report states. “The richest counties tended to have the highest mortgage-to-income ratios, while the poorest counties tended to have the overall highest debt-to-income ratios, excluding mortgages.”

Previous: How a Tariff Reversal Can Impact Housing
Next: Gauging Millennial Homebuying Knowledge