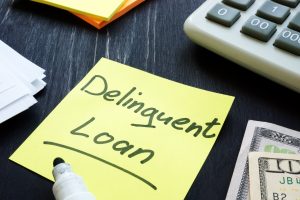 The national delinquency rate is edging back down toward pre-pandemic levels, say researchers at Black Knight, whose July mortgage performance report showed a month-over-month 5% drop, landing at 4.14%, putting levels down by nearly half since last May.

Delinquencies have now improved in 12 of the last 14 months, with the only two monthly increases being calendar-related as opposed to being indicative of worsening performance, Black Knight reported.

The number of serious delinquencies were still significantly elevated as federal foreclosure moratoria expired at the end of July.

Some 1.45 million borrowers remained 90 or more days past due, but not yet in foreclosure, entering August, which makes more than 1 million more than at the onset of the pandemic. Most of those seriously delinquent borrowers are in forbearance plans.

After dropping by more than 150,000 over the past two weeks, Black Knight recorded active forbearance plans increasing slightly for the week ending August 17, in what they say has become a well-established mid-month trend.

The Tuesday-Tuesday 11,000 overall increase was driven entirely by a 12,000 rise in plans among portfolio/private-label securities loans and offset by a 1,000 decline in forbearances among Fannie Mae and Freddie Mac loans. Federal Housing Administration and VA plan volumes remained flat from the previous week.

Altogether, 1.75 million borrowers remain in COVID-19-related forbearance plans, according to Black Knight’s McDash Flash, which has been tracking activity since the onset of the pandemic. That population includes 1.9% of FHFA, 5.8% of FHA/VA, and 4% of portfolio-held and privately securitized mortgages.

Returning to monthly metrics, foreclosure starts stayed muted in July, the final month of the foreclosure moratorium on federally backed mortgages, down 58% from the same time last year. While the number of loans in active foreclosure fell by 5,000 to yet another record low, potential foreclosure activity in the coming months warrants close observation, as many experts have reported. And even should there be a surge in foreclosure filings, homeowners have a buffer in the form of home equity that will allow them to sell in a market that strongly favors them.

"Increased numbers of foreclosure starts may not result in a similar number of bank repossessions," said Rick Sharga, EVP of RealtyTrac at ATTOM, which recently broke down foreclosure activity in densely populated metros. "Homeowner equity is at an all-time high, and many financially-distressed borrowers should have the opportunity to sell their homes—probably at a profit—rather than lose them to a foreclosure auction."

After rising in June, prepayment activity slid by 11% in July, according to Black Knight's mortgage performance report. However, low 30-year rates in recent weeks have resulted in a modest resurgence in refinance incentive which may impact August prepay numbers.

For the full mortgage monitor report, visit BlackKnightinc.com, where you can also check out the Black Knight’s McDash Flash.

Previous: The Week Ahead: Fostering a More Inclusive Workplace
Next: 3D Printed Houses: A Solution to Inventory Shortage?