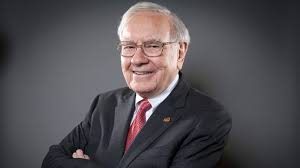 Warren Buffett, Chairman and CEO of Berkshire Hathaway, told CNBC Wednesday that he wouldn't be surprised if the company has 50,000 total loss claims in the wake of Hurricane Harvey—and that's just a small part of the damage Texas has incurred.

While general sentiment is that Houston will certainly bounce back, the extent of the damage is still unknown. "It's yet to be determined how big the problem is," said Tim Rood, Chairman of the Collingwood Group, told FOX News. "Is it going to be 25,000 homes, 50,000 homes, 100,000 homes that have been impacted? That's going to be a big determinate I would think. And the sad reality is that in real estate as long as there's real estate to buy, one person's misfortune is another persons opportunity."

There are those in the industry that are venturing guesses. Moody's Analytics projects loss in southeast Texas to be between $51 billion and $75 billion, with home and vehicle damage estimated at $30 billion to $40 billion. However, total losses could continue to rise as the storm moves into Louisiana. According to Buffett, if those uninsured losses top $150 billion, there will be noticeable effects on the economy.

"I don't think it would be a full percentage point for a year or anything like that. But it has a real effect. It destroys wealth. If there's $150 billion, or something, of uninsured losses that's real wealth," Buffett said on CNBC's "Squawk on the Street."

The main point of concern is lack of flood insurance take-up by homeowners, which will delay reconstruction efforts, according to Moody's Analytics. Moody's expects a majority of Harvey’s impact to fall on the residential housing market. Even though Warren said Harvey’s arrival offered a fair amount of warning, if the storm continues its damage in Louisiana, losses as a share of GDP could overtake Hurricane Andrew and the Northridge Earthquake of 1994.

"It's how you perform at a time like this that really defines whether your insurance company is doing the right job," Buffett said.