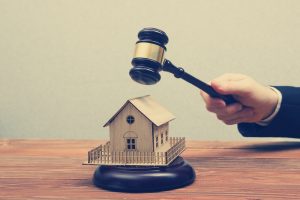 While the coronavirus pandemic led to widespread economic challenges, the growth of home prices has created conditions quite different from those seen during America's last financial crisis. Namely, during the Great Recession more borrowers than not were underwater on their mortgages, while today's home prices have led to unprecedented amounts of equity, thus most delinquent borrowers can tap into their equity and sell their home rather than lose it through foreclosure.

According to CoreLogic, homeowner equity has more than doubled over the past decade, and that reduces the likelihood of large numbers of foreclosures and distressed sales even as close to 2 million homeowners emerge from forbearance. Commenting on CoreLogic's latest Distressed-Sales Hotspots report, the property data company's Chief Economist Selma Hepp says she does not foresee a huge foreclosure wave coming, even as some parts of the country do have homeowners experiencing low- or negative-equity situations. Comparing regions with lower equity to local foreclosure law, she predicts that even in places with lower collective home equity, legalities will reduce and draw out foreclosures and distressed sales.

CoreLogic's report examines the equity for borrowers in forbearance today (of 629,000 plans slated to be reviewed for extension/removal this month, nearly 400,000 are set to reach their final plan expirations based on current allowable forbearance term lengths, according to Black Knight).

A typical U.S. Federal Housing Administration (FHA) borrower in a forbearance has about $68,000 in equity while a Fannie Mae or Freddie Mac-backed borrower has about $125,000 in equity, CoreLogic reported.

States with below 50,000 net equity after accounting for missed payments, for FHA borrowers, include Arkansas, which came in with an average of $41,000, along with Iowa, Oklahoma, Illinois, Louisiana, West Virginia, North Dakota, and Ohio. In contrast, following the top-ranking Hawaii at $178,000 are California, Idaho and Utah, all with around $135,000 in equity among FHA borrowers in forbearance. 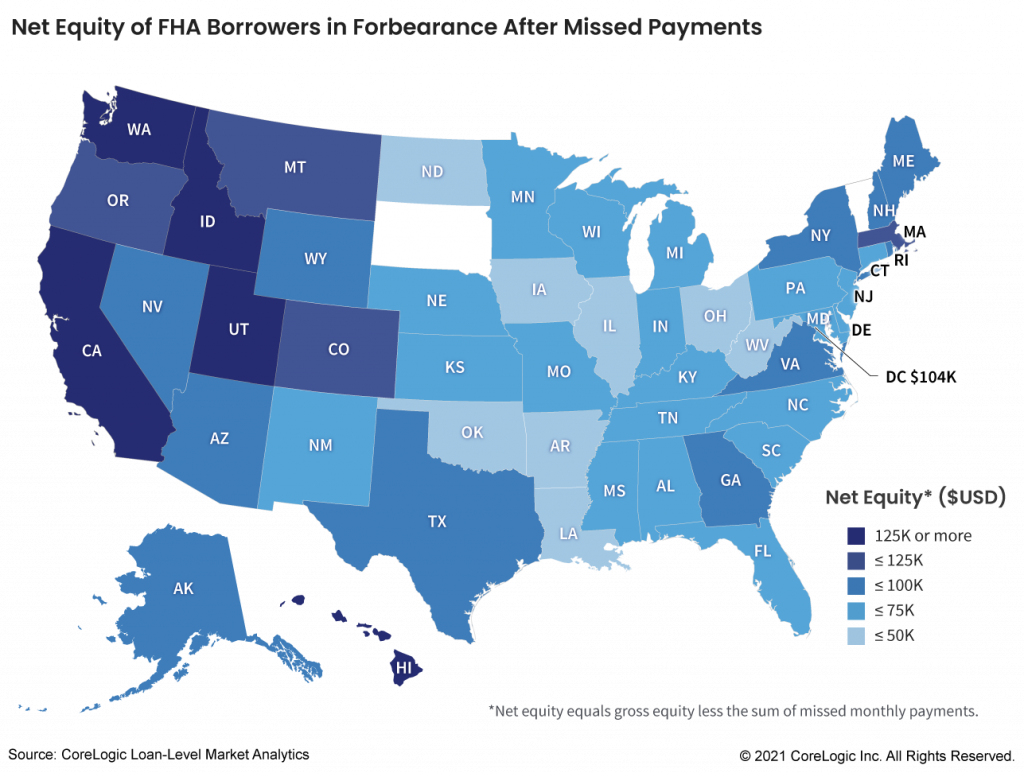 "But while borrowers in states with elevated forbearance rates, such as Louisiana, Mississippi, Texas and Nevada seem to have enough equity to prevent them from losing their homes, there are a few states with an elevated share of forbearance loans that have no equity after adding missed payments to the unpaid principal balance," Hepp said. 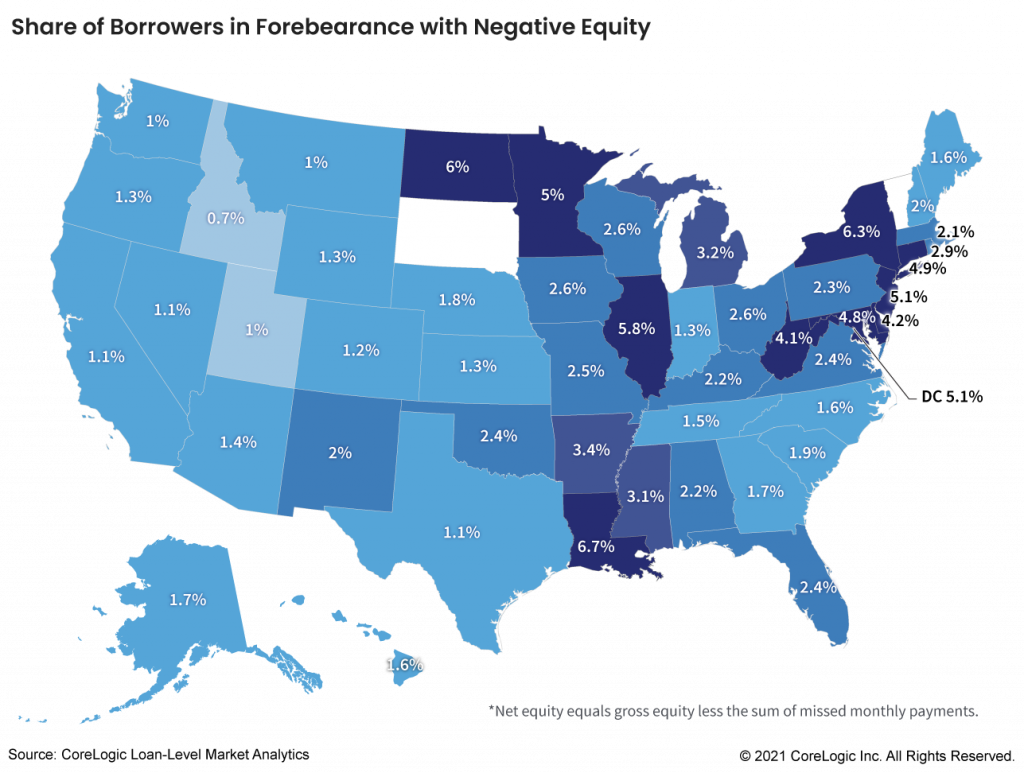 In these areas, there exists a heightened risk of increased distressed sales after forbearance ends. However, Hepp says, most of these are judicial foreclosure states.

"If that does occur, it will be stretched out over many months or years, and additional increases in home prices over that period will mitigate losses," she said.

She points out that the non-judicial foreclosure states—where foreclosures happen quicker—include places such as Texas and California, where the share of negative home equity is low.

"That mitigates concerns of a distressed sale tidal wave in these markets," she said.

Video of Hepp's commentary along with the report are available at CoreLogic.com.