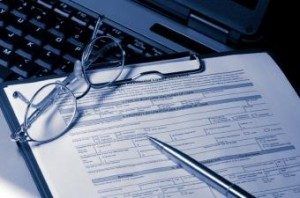 That number is already down 350,000 to 1.7 million in the first full week of the month as those expirations begin to be assessed for extensions and removals.

After dropping by nearly 150,000 last week, the total number of mortgages in active forbearance declined another 66,000 (-2%) this week.

All in all, active forbearances are now down 238,000 (-6%) over the past 30 days, as servicers continue to proactively work their way through the wave of forbearance plans set to expire in September.

These loans represent 7% of the active mortgage universe, down from 7.1% last week. Together, they represent $789 billion in unpaid principal.

Some 5% of all GSE-backed loans and 11.3% of all FHA/VA loans are currently in forbearance plans. Another 7.4% of loans in private label securities or banks’ portfolios are also in forbearance.

The week’s decline was primarily driven by GSE loans, which experienced a 36,000 decline in the number of active forbearance plans. FHA/VA loans saw a more modest weekly decline at -18,000. Active forbearances among loans held in private label securities or banks’ portfolios were down 12,000.

Portfolio-held loans actually saw the largest decline over the past 30 days, falling 13% month-to-month, though the 8% decline in GSE mortgages in active forbearance represented the largest volume. Forbearances among FHA/VA loans have improved by a much more modest -2% month-after-month, while private labeled security forbearances have risen by 2% over the past month.

The ongoing COVID-19 pandemic continues to represent significant uncertainty for the weeks ahead. Black Knight will continue to monitor the situation and report our findings on this blog.