10 Years Later, Where Are They Now? 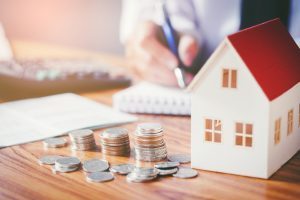 Ten years ago, on September 15, 2008, Lehman Brothers filed for bankruptcy, triggering what would become known as the Financial Crisis. In its wake came the conservatorship of Fannie Mae and Freddie Mac and the Troubled Asset Relief Program (TARP), more commonly known as the bailouts. Now approaching the ten year anniversary of what would become known as "Lehman Brothers Weekend," where are the key figures of the Crisis?

Lehmann Brothers, the bank that triggered the crisis, is now broken up with the core of its business sold to Barclays following the bankruptcy filing. Former Lehman CFO Erin Callan, who was appointed just months before bankruptcy filings, wrote a biography titled Full Circle: A Memoir of Leaning in Too Far And The Journey Back, after a short time at Credit Suisse. Richard “Dick” Fuld, CEO of Lehman at its collapse, currently runs Matrix Wealth Partners along with former Lehman alumni Matthew Rubin and Justin Gaines.

The men who were instrumental in building the solution to the financial crisis, Former Federal Reserve Chairman Ben Bernanke, former Treasury Secretary Hank Paulson and former New York Fed President Timothy Geithner have also moved on in these 10 years. Today, Hank Paulson is a fellow at the Harris School of Public Policy Studies, and Timothy Geithner serves as president of Warburg Pincus, a private equity firm headquartered in New York. Ben Bernanke is now an Economist for Brookings Institute.

On Wednesday, Paulson, Geithner, and Bernanke sat down to discuss how the crisis was handled and what impact these solutions had in the following years, in a  CNBC interview with Andrew Ross Sorkin hosted by the Brookings Institution.

In the interview, Sorkin asked the panel if they thought the Fannie Mae and Freddie Mac takeovers ultimately helped homeowners. Paulson replied with certainty that it did.

“I don’t think it helped, it did,” Paulson replied. “Imagine how far housing prices would have fallen if we didn't have mortgage funding during the financial crisis. Fannie and Freddie were the only sources of mortgage financing, so that made a very significant difference. I can't imagine what would’ve happened if they hadn’t gone into conservatorship.”

According to Paulson, the “spark” for taking the GSEs into conservatorship was their size.

“They were these huge entities with $5.4 trillion in securities outstanding that were ready to implode,” Paulson said.

In a paper from the Brookings Center on Regulations and Markets, Michael Calhoun, President of the Brooking Center for Responsible Lending, noted the large role the housing market had in the crisis, and how recovery is still taking place.

“The subsequent regulatory safeguards and consumer protections have made today’s housing market much safer and resilient,” said Calhoun. “However, more could have been done to aid homeowners in the crisis and work remains to provide families with sufficient affordable, sustainable housing for today and in the coming years.”

What to consider now is how to handle the next crisis. In the years leading up to the financial crisis, no banks failed for 32 consecutive months, acting as a “silent alarm” on the growing imbalances in the American financial system, according to Brookings.

“Widespread bank failure is obviously not the goal. But the difference between rare bank failures and no bank failures is an important one,” said Aaron Klein, Brookings Fellow, Economic Studies, Policy Director, Center on Regulation and Markets.

According to Klein, seeking financial stability is not and shouldn't be about preventing failure.

“To the contrary, a stable financial system is one in which banks fail,” Klein continued. “It is just that the failure of one or many banks does not threaten the entire financial system’s ability to function.”

Klein notes that currently if no bank fails through the end September, it will have been nine months since the last bank failed, a “silent canary in a coal mine”.